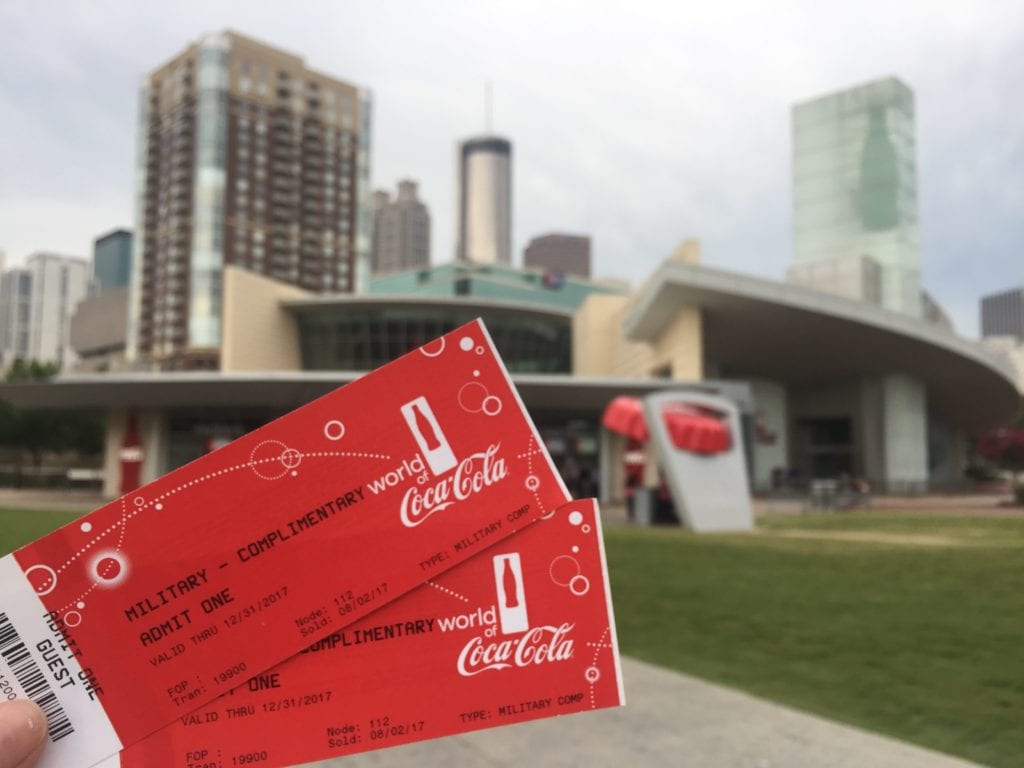 The World of Coca-Cola grants complimentary admission to all military members (active duty, reserves and retirees) year-round, but to show gratitude on Veterans Day to the men and women who serve the U.S., the attraction is extending a special offer to their loved ones as well. From Nov. 1-11, members of the Armed Forces may purchase up to four half-price general admission tickets for their friends and family to join them in visiting the attraction in downtown Atlanta. Tickets may be purchased with a valid Armed Forces ID card at the attraction’s ticketing windows.

The 37th Annual Georgia Veterans Day Parade will begin in downtown Atlanta on Saturday, Nov. 10, 11:11 a.m. The parade will pass directly in front of World of Coca-Cola, where the Reviewing Stand will be located, on Baker Street SE.

Following the parade, a free Veterans Day Festival will take place from noon-2:30 p.m. in Pemberton Place – just outside of World of Coca-Cola. The festival is open to the public and will feature a variety of exhibitor tents, as well as a performance by the 116th Army Band.