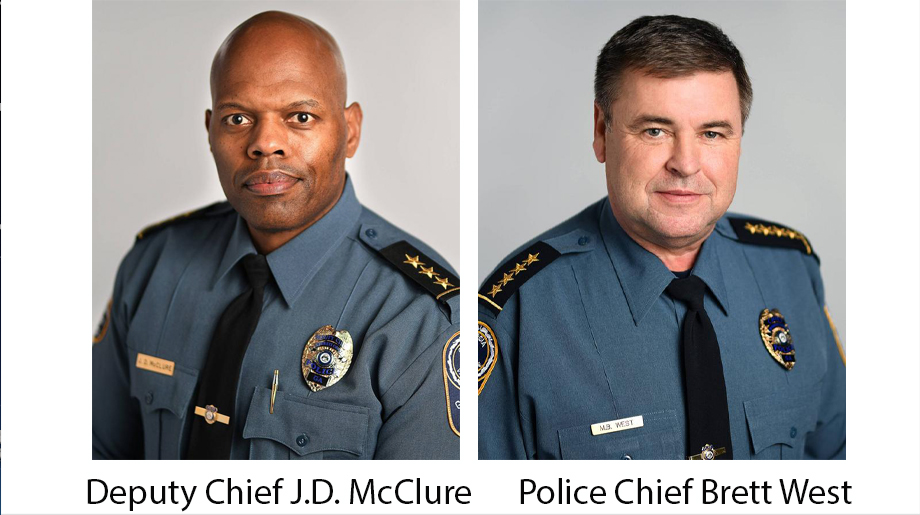 LAWRENCEVILLE, GA–Deputy Chief J.D. McClure will succeed Police Chief Brett West, who will retire after 30 years of service to the county, County Administrator Glenn Stephens announced. McClure is the first black to hold the position.

The agenda for Tuesday’s Board of Commissioners meeting includes ratification of the employment agreement.

McClure began his career as a police officer with Gwinnett County in 1996 and currently serves as deputy chief over the department’s Operations Bureau. McClure will assume his new role Aug.21. He will also become the department’s first African American chief.

“I’m honored to have this opportunity to follow in the footsteps of Chief West and previous Gwinnett County police chiefs who have led with integrity and compassion,” said McClure. “The men and women of this agency are among the best in the country, and I’m grateful for the ongoing support of the board and our residents as we strive to prioritize professionalism and bring pride to our community.”

Promoted to Lieutenant in September 2009, McClure previously served as Commander of the Criminal Investigations Division, Watch Commander in the Criminal Investigations Section and as the Commander of the Office of Professional Standards. Appointed to Major in September 2016, he served as the Central Precinct Commander and as the department’s Chief of Staff. Deputy Chief McClure was a dedicated member of the Special Weapons and Tactics Team for more than a decade, retiring as the Tactical Team Leader.

McClure is also a veteran of the United States Marine Corps.

“Our police department is a shining example of well-coordinated succession planning at the County,” said Stephens. “J.D.’s strength of character and professionalism, combined with the knowledge and leadership skills he has acquired during his decades of service to the county, make him the ideal choice for the awesome responsibility and privilege of leading this great department. I am confident that J.D. will continue the tradition of setting the Gwinnett Standard for excellence in community policing.”

Retiring Chief West, who joined the Gwinnett Police Department as an officer in 1991, said he is proud to hand the torch to McClure.

“I’ve been fortunate to serve with J.D. for many years,” said West. “Our department’s mission is to serve the community in an unbiased and compassionate manner to protect the lives and property of residents and improve the quality of life in our community. All I’ve learned about J.D. throughout our time serving side-by-side tells me he’s the right person to carry this department through its next chapter with that mission at heart.”

The Gwinnett County Police Department is the second largest police agency in Georgia with an authorized strength of 895 sworn officers, supported by 301 civilian employees. The department is CALEA accredited, originally attaining that designation in 1993. Gwinnett Police serve a population of almost a million residents with an area of 437 square miles.