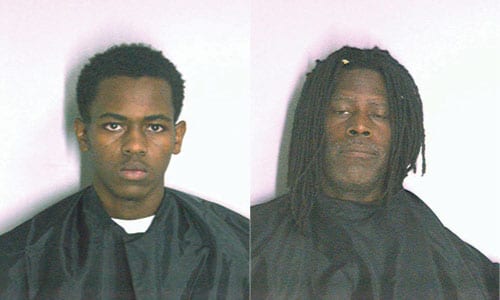 The DeKalb County Sheriff’s Office has arrested three suspects in the murder of a woman during a reported cellphone sale transaction in a Lithonia community on May 5.

DeKalb Sheriff’s Fugitive Unit Deputies arrested Jamel M. Harris, 42, of Stone Mountain; Jakerius A. Henry, 17, Lithonia; and a juvenile on May 8.  They are each charged with Murder, Aggravated Assault and Criminal Attempt. Warrants had been issued for Harris on May 7.  All three suspects were apprehended on May 8 when they were located inside a burned out home on Old Wellborn Trace in Lithonia.  Sheriff’s K9 Viper led deputies to the hiding place.

Luz Valazquez was allegedly shot in the chest and killed as her husband attempted to drive away from the scene after the suspects attempted to rob her of cellphones and cash. Warrants say the transaction was set up on a website called OfferUp.