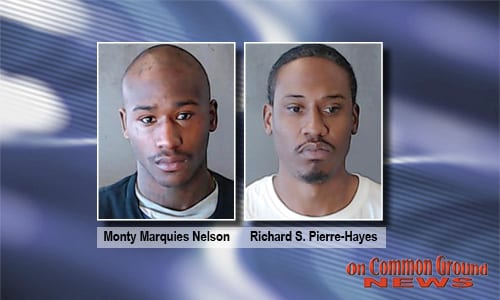 The DeKalb County Sheriff’s Office has arrested two suspects in the murder of a man at a Citgo gas station in Lithonia on the eve of Thanksgiving Day.

Arrest warrants for both suspects allege that the victim, Traveon Quandarius Smith, 20, was lured out of a vehicle by one of the suspects on Nov. 21 at a gas station located at 301 North Stone Mountain Road in Lithonia. Smith was then shot multiple times in the back and head, causing his death.  Warrants say that surveillance video recorded the incident.

Investigators from the DeKalb Sheriff’s Fugitive and S.W.A.T. Units located and arrested Nelson and Pierre-Hayes without incident at their homes on Nov. 27. Both suspects were taken to the DeKalb County Jail.