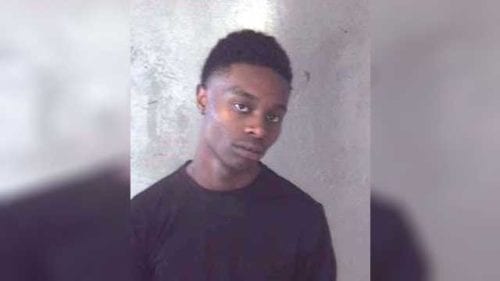 Eighteen-year old Nathaniel Davonte Lopez is charged with three counts of felony aggravated assault and one count of felony battery in connection with an incident on June 6 at his mother’s home on Green Forest Drive in Stone Mountain.

Warrants issued allege that Lopez argued with a female foster child who lived in the home and became involved in a physical confrontation that included assaulting her and shooting her twice with a handgun.

The victim was taken to Grady Hospital for treatment.