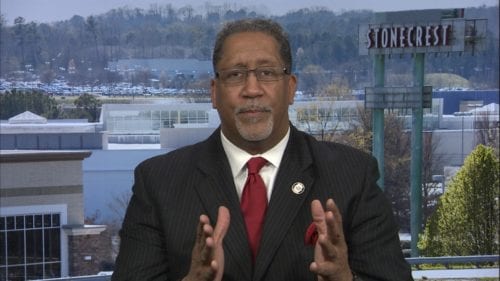 A recent news story has Stonecrest residents wondering about the city’s retail future. The Mall at Stonecrest is facing an imminent threat of foreclosure according to a recent Bisnow article. The article states that the mall has been delinquent and in special servicing since 2013 and has been in and out of delinquency in 2019.  The article also states that the mall could go into foreclosure in February.

Stonecrest’s major shopping hub is not alone in facing financial hardships. According to a recent Wall Street Journalarticle, malls across the country have been suffering great financial losses for years. Simon Property Group, the largest shopping mall operator in the U.S. and the owner of Atlanta’s Lenox Square Mall, defaulted on a $45 million loan secured by Greendale Mall in Worcester, Massachusetts.  Greendale Mall went into foreclosure in 2016 but remains open today. A few years ago, CBL & Associates trimmed its portfolio and unloaded 14 malls by selling eight and giving six back to lenders.

Understandably, questions arise about malls when its mortgages are given back to the lenders. Research reveals that most malls don’t close after foreclosure and consumers often continue shopping without knowledge of any financial strain. The anchors stores, such as Macy’s and Dillard’s, own their properties and are not subject to the mall’s financial plights. These anchors stores tend to continue to advertise and draw customers.

Mayor Jason Lary released this statement regarding the mall’s future:

“We are aware of the struggles experienced by malls nationwide as consumers are shifting more toward online shopping.  However, we are strategically planning viable economic development around the mall that will thrive and will help the mall thrive.  The city has a financial investment in the Sears building, so this is a personal strategy for me.  I can’t speak definitively for private corporations, such as Urban Retailers, the mall’s owner, but I don’t foresee this as being a situation in which the mall will suddenly close.  If the mall goes into foreclosure, then investors will still be able to purchase it at a price agreed upon by the lender.

Our economic development plan, which will be completed soon, combined with the plans of Allen Family Investments LLC, owners of most of the vacant land adjacent to the mall, will add to the city’s residential and commercial density.  So, in short, we haveplans in place that will keep The Mall at Stonecrest from falling to the condition of other unsuccessful area malls.”