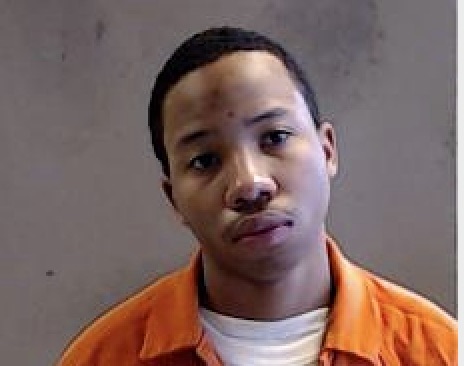 Jurors return guilty verdict against Lamour Lowe, 22
DECATUR, GA—DeKalb County District Attorney Sherry Boston announced a conviction by jury trial in the murder case against a Stone Mountain man accused of shooting and killing an acquaintance from middle school.
Jurors returned guilty verdicts on Aug. 26 against Lamour Lowe, 22, on charges of Malice Murder, Felony Murder, two counts of Aggravated Assault, and Possession of Firearm During the Commission of a Felony in connection with the shooting death of Larnell Thompson, 19.
The fatal incident occurred on June 1, 2019 at the 1500 Oak Apartments complex in Clarkston where the victim and his girlfriend were planning to visit a friend. Upon arrival, Thompson knocked on the door of the apartment where his friend usually hung out. His friend was not there, but he encountered Defendant Lowe and the resident of the apartment. Thompson’s girlfriend, who was waiting in the car, observed a verbal altercation between Thompson and Lowe outside of the apartment. As Thompson walked down the stairs of the apartment complex, Lowe pulled a gun and shot him in the head, neck and shoulders. Lowe also shot at Thompson’s girlfriend waiting in the car, but did not strike her. Lowe fled the scene.
Detectives tracked down the leaseholder of the apartment who denied being at the location of the shooting when it occurred, but confessed during the trial to being present. Through investigative work, it was determined that the shooter had gone to middle school with the victim. Thompson’s girlfriend identified Lowe as the shooter in a photographic lineup. Lowe was located three weeks later in Dade City, Florida where he had fled shortly after the murder. He was extradited to Georgia in September 2019.
Following his conviction, Lowe was sentenced to life in prison with the possibility of parole plus 25 years to run consecutively by DeKalb Superior Court Judge LaTisha Dear Jackson.
The case was prosecuted by Senior Assistant District Attorney Shannon Hodder, with assistance from Senior ADA Franklin Engram, DA Investigator Eli Gonzalez, and Victim Advocate Desiree Livingston. Sgt. Garfield Trumble of the Clarkston Police Department led the initial investigation.
Post Views: 2,113
Share. Facebook Twitter Pinterest LinkedIn Tumblr Email
On Common Ground News