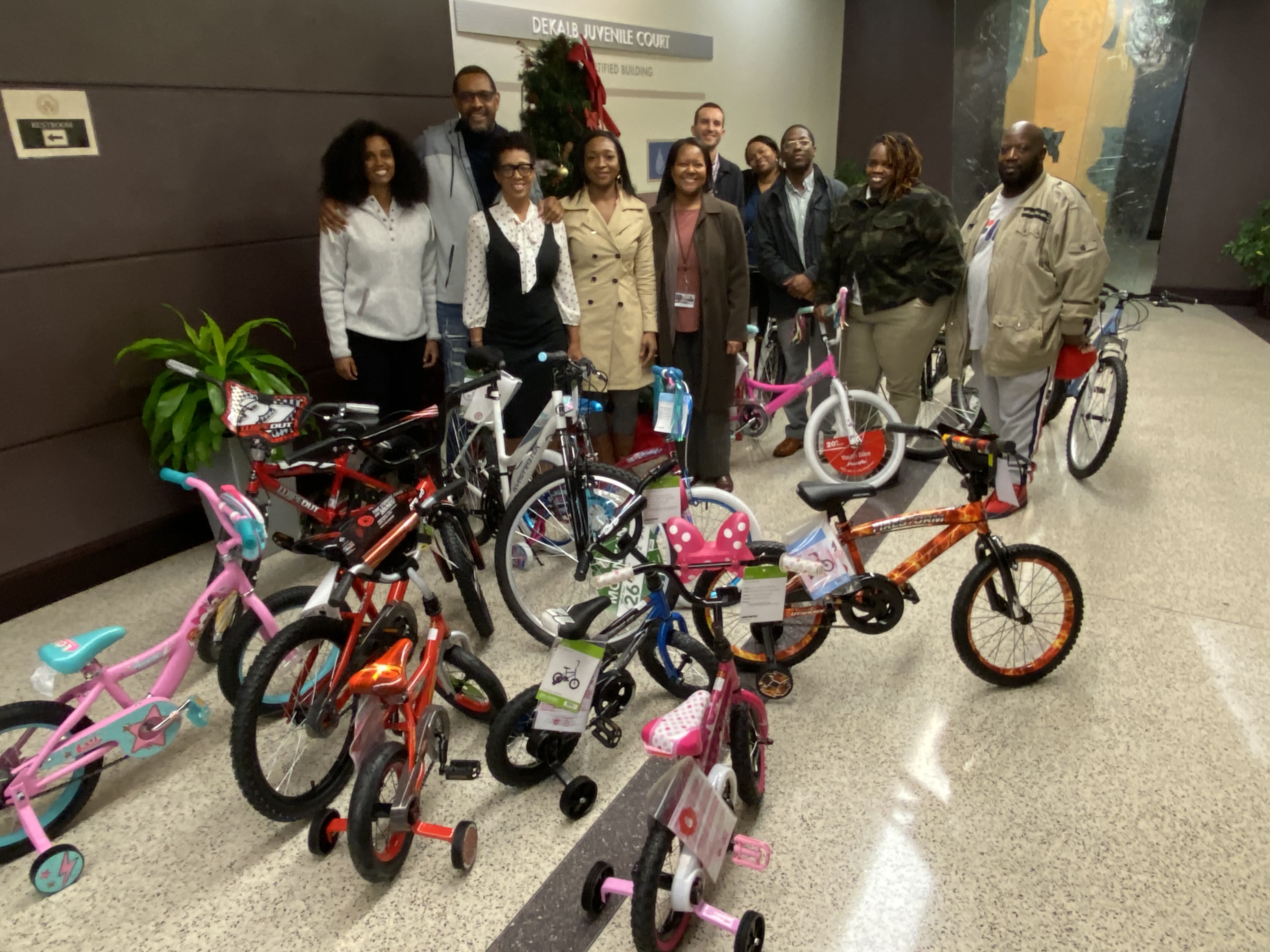 State Rep. Vernon Jones, District 91, remembers how tough life can be as a farmer and he’s motivated to spread goodwill, especially toward kids, this time of year.

“My parents were farmers. Sometimes, we didn’t get anything for Christmas, if the crops didn’t do well,” Jones said. “Everybody else would have new bikes and we would have to ride theirs. We would have to have Christmas at another time.”

This year, Jones received donations of about 40 bikes that he provided to DeKalb County’s Child Advocacy Center, which sponsors a program called “Hope for the Holidays” to assist children who are no longer in foster care.  Jones said he began supporting the program several years ago when he was DeKalb County’s CEO.

“I just continue to do it because I like to see children happy, especially during Christmas,” Jones said.

Jones said he thanks the community for its support in heeding his call for bicycles(he used FB to reach out) and he thanked partner, Atlanta Pro Bikes, which assembled the bicycles, checking the air pressure, tires and brakes at no charge.

“They (Atlanta Pro Bikes) were awesome. We couldn’t have done it without all of those who were generous enough to provide the bikes,” Jones said. “ I know those bikes made a lot of kids happy on Christmas Day.”