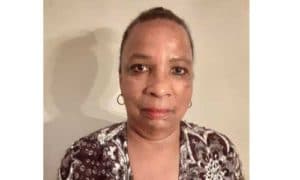 STONECREST,GA— DeKalb County Superior Court Judge Tangela Barrie has ruled in favor of Citizens for a Healthy and Safe Environment (CHASE) by striking Metro Green’s claims against the group, holding that they amount to a Strategic Lawsuit Against Public Participation (SLAPP).

SLAPP suits effectively prevent citizens and community groups from speaking out in opposition to a developer’s actions. Georgia has an anti-SLAPP statute that allows courts to strike these types of claims early in the litigation process.

SELC and CHASE made the case that voicing concerns about the environmental effects of a solid waste handling facility across the street from and in the backyards of Black neighbors is protected under the U.S. Constitution. The motion also details issues with the manner in which Metro Green obtained its permit from the Georgia Environmental Protection Division after DeKalb County declined to provide the company with the necessary authorization.

“We are pleased with the Court’s decision to strike down Metro Green’s attempts to prevent CHASE, our members, and neighbors in Stonecrest and south DeKalb County from expressing valid concerns for our health and wellbeing,” said Renee Cail, President of CHASE. “It is past time for EPD Director Dunn to hear what we have been saying loud and clear—he must exercise his authority to correct this injustice and revoke the permit for this facility.”

“With this latest effort, Metro Green has tried and failed to silence surrounding communities in Stonecrest and south DeKalb County, who have already faced an uphill battle to have their voices heard in this case from the start,” said April Lipscomb, Senior Attorney for the Southern Environmental Law Center. “We look forward to presenting our case that EPD Director Dunn must finally listen to CHASE’s concerns and act on their request to revoke Metro Green’s solid waste handling permit.”

The ruling follows a decision from the Court last month to grant CHASE’s motion for an injunction to halt Metro Green’s operation of a construction and demolition waste recycling facility in Stonecrest.