Families and friends filled the pews of the Rockdale County Auditorium on Dec. 29 to witness the installation ceremonies for Rockdale’s 11 newly-elected officials, six of whom were incumbents.

Oz Nesbitt, who was sworn in to the county’s top position—that of Rockdale Chairman of the Board of Commissioners—was the last official installed. Nesbitt took the oath of office following a rousing gospel musical performance by Derrick Monk, a vocalist and songwriter who once produced for the late James Brown, the “Godfather of Soul.” Monk brought the house down, turning the program into a revival-style, foot-patting, hand-clapping praise celebration.

The program’s emcee, George Lopez, a Rockdale native and former journalist with CBS in Augusta, quipped that it was fitting for the audience to “have church.” After all, he said, the ceremonies were taking place in what used to be a church. He encouraged the audience to celebrate and have some fun, reminding them it was the holiday season.

Rockdale County Chief Superior Court Judge David B. Irwin did indeed have some fun of his own as he administered the oaths in alphabetical order. Some of the officials got tongue-tied as they tried to repeat what they thought they heard him say, while others said exactly what he said, even when he didn’t mean to.

Judge Irwin allowed each elected official and their family members to stand together for the swearing-in, and gave the army of photographers in attendance time to snap some quick photos.

During the program, there was one especially poignant moment when the elderly mother of Probate Judge Clarence Cuthpert, Jr., clutching her cane, carefully made her way on to the stage to proudly stand beside him. Cuthpert had motioned for her to keep her seat on the front row, but she insisted and the audience erupted in thunderous applause. Cuthpert was reminded by Judge Irwin that while he may be a judge now, mom still runs the house.

Minutes before the ceremony began, Washington’s husband, David, asked his brother, who was sitting on the pew with him, if he was supposed to lay his hands on the bible during the oath.

“I don’t want to touch it, if I’m not supposed to,” he whispered.

“Don’t worry about it. They’ll tell you what to do,” his brother reassured him. 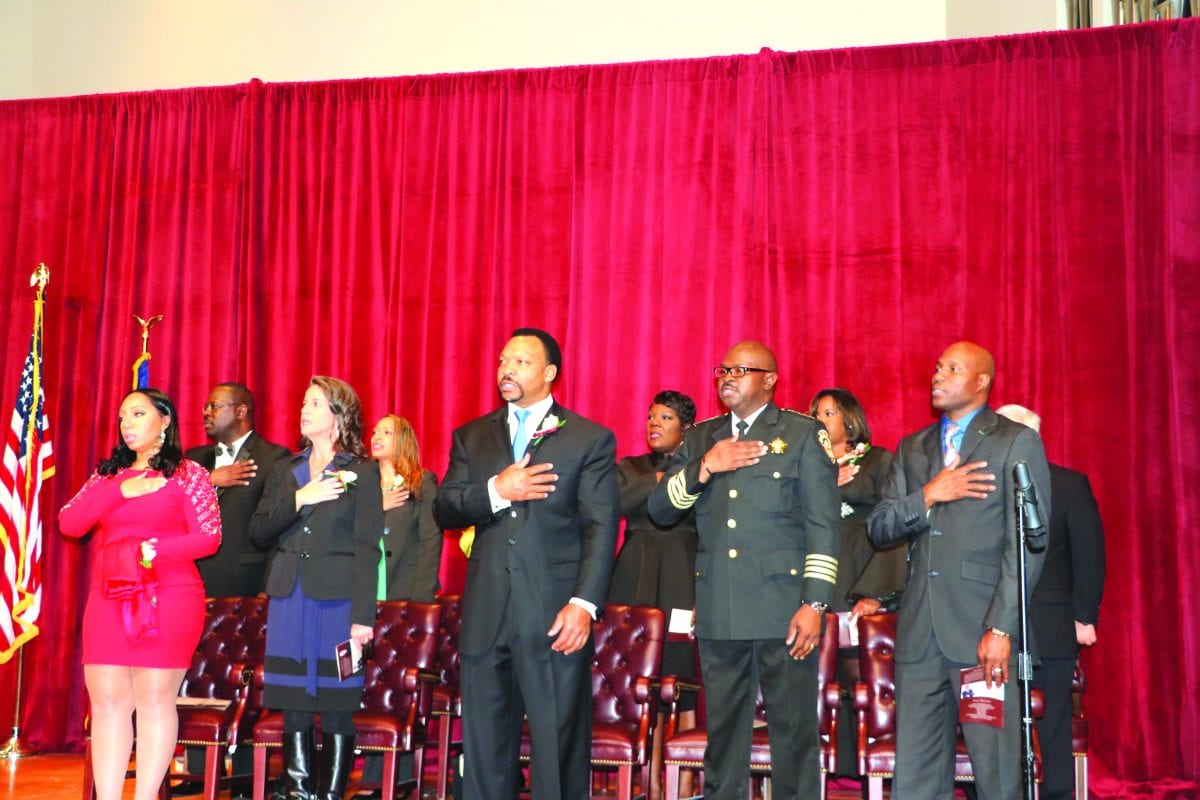 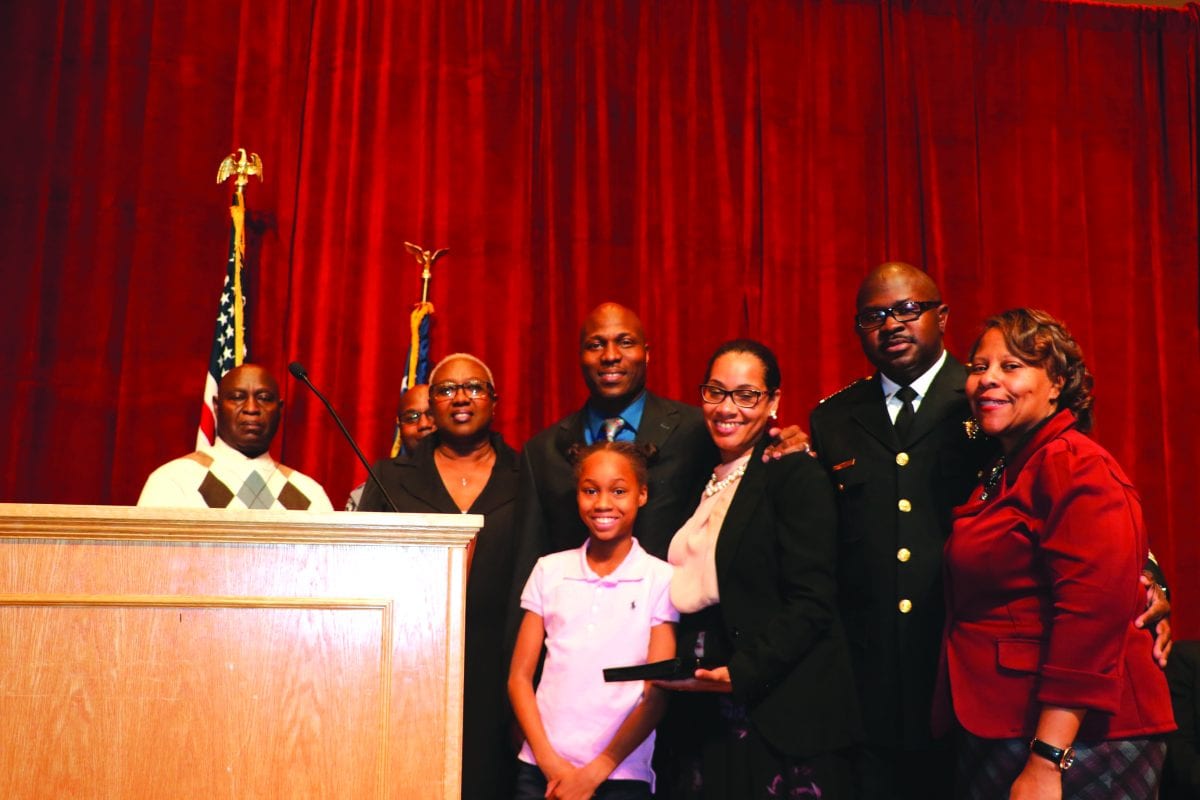 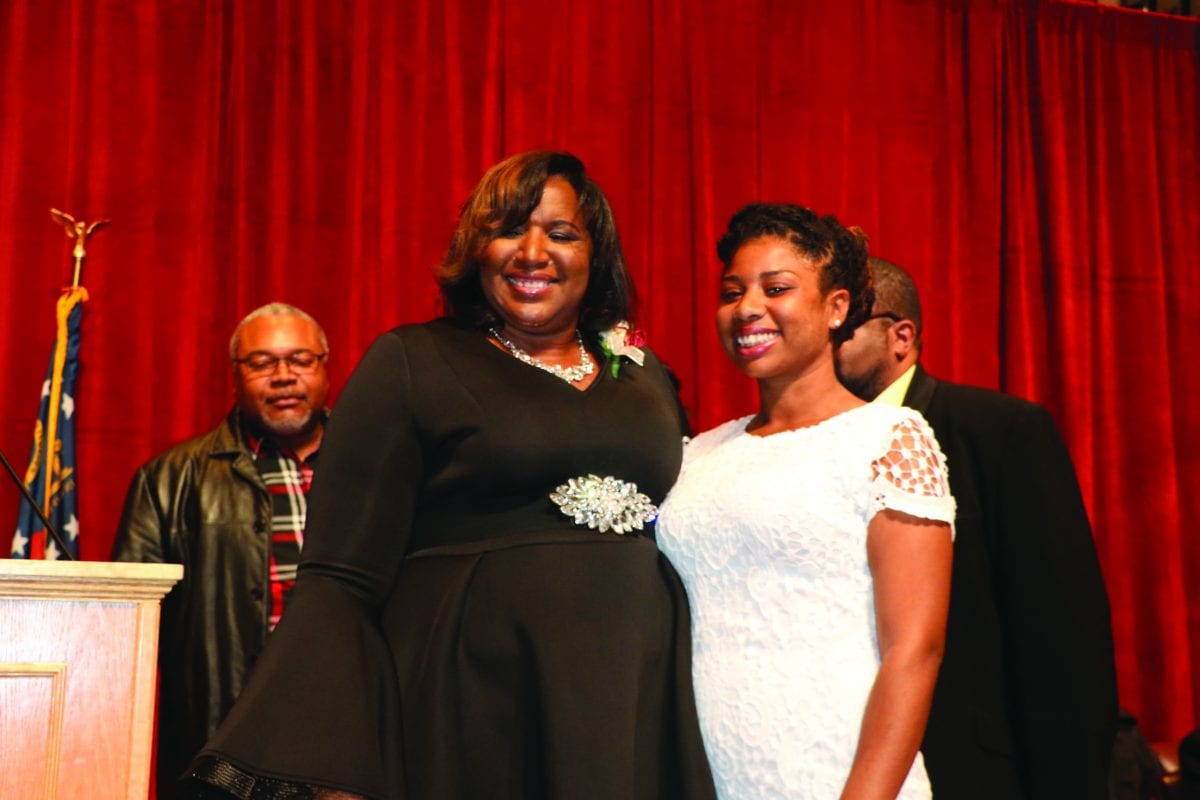 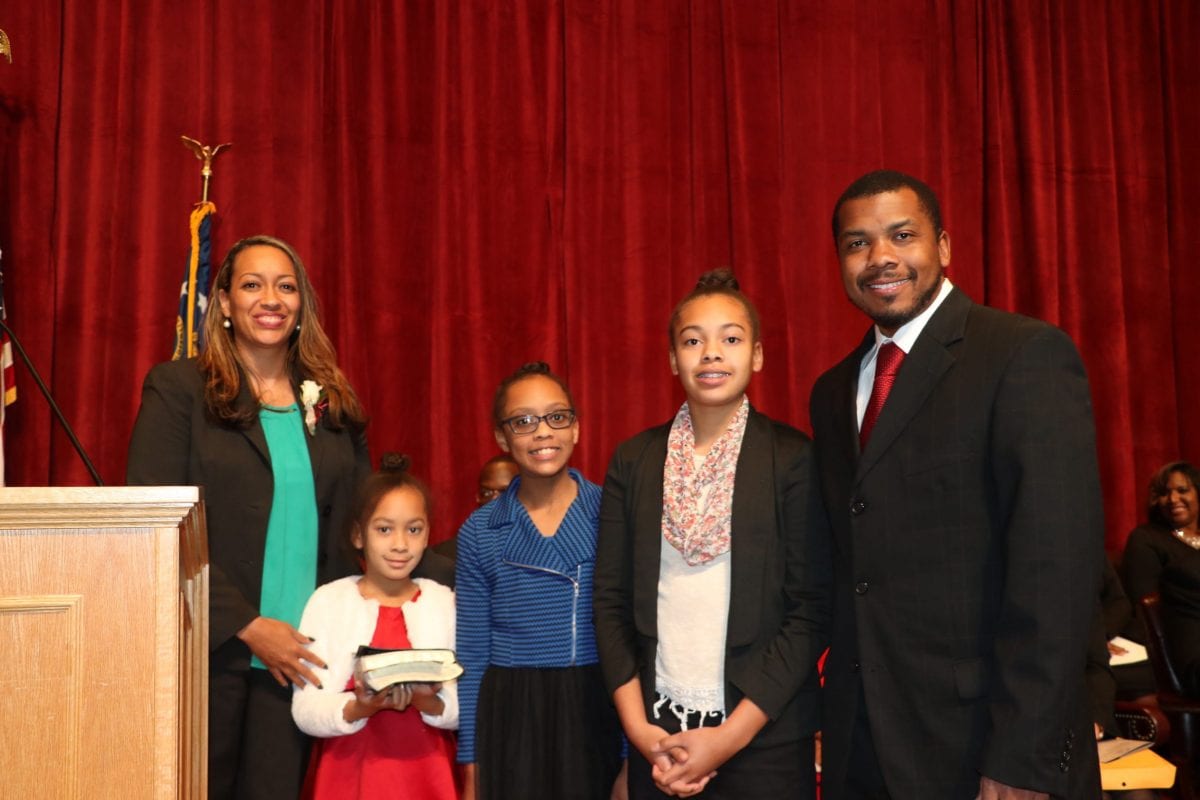 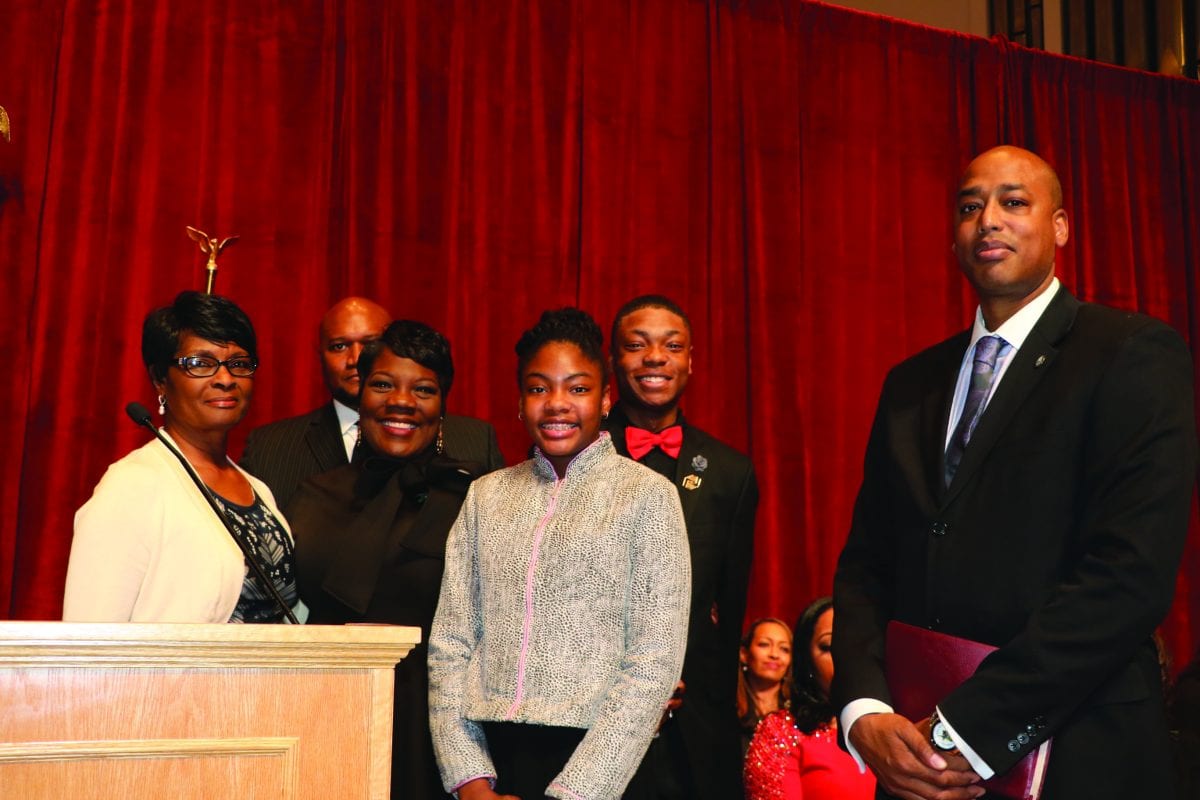 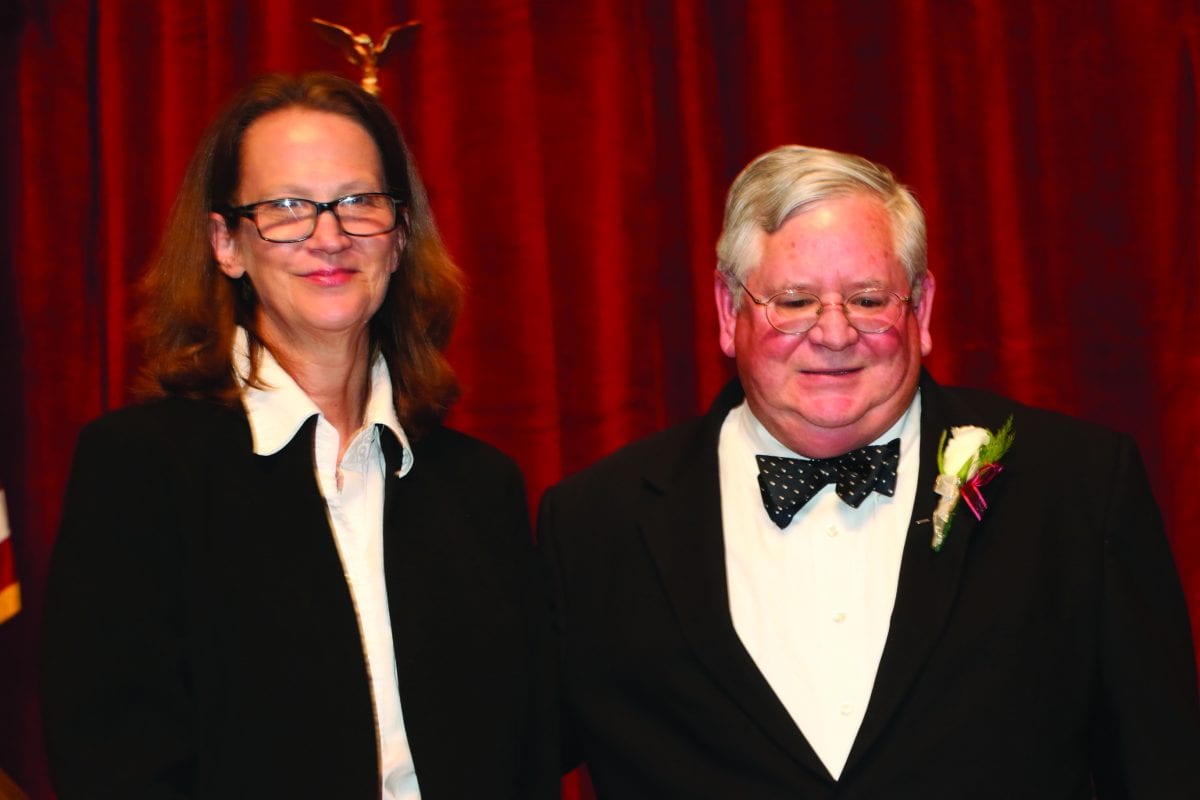 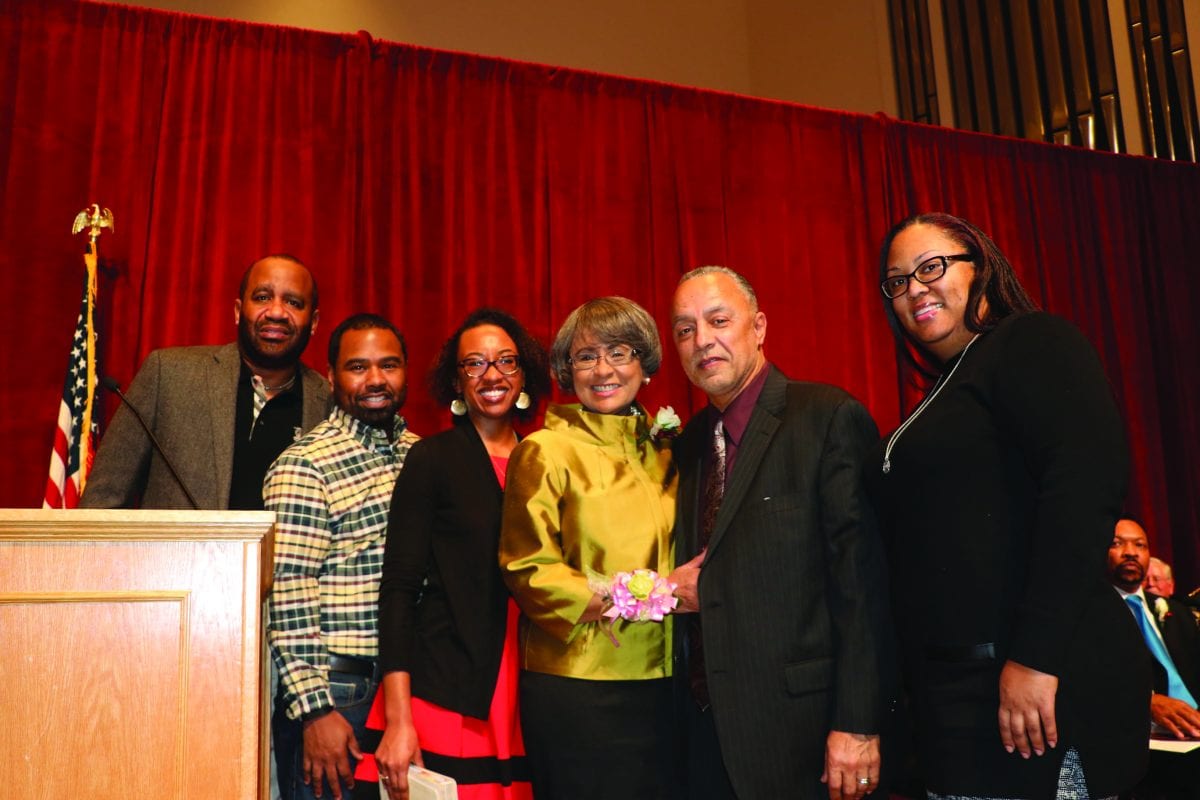 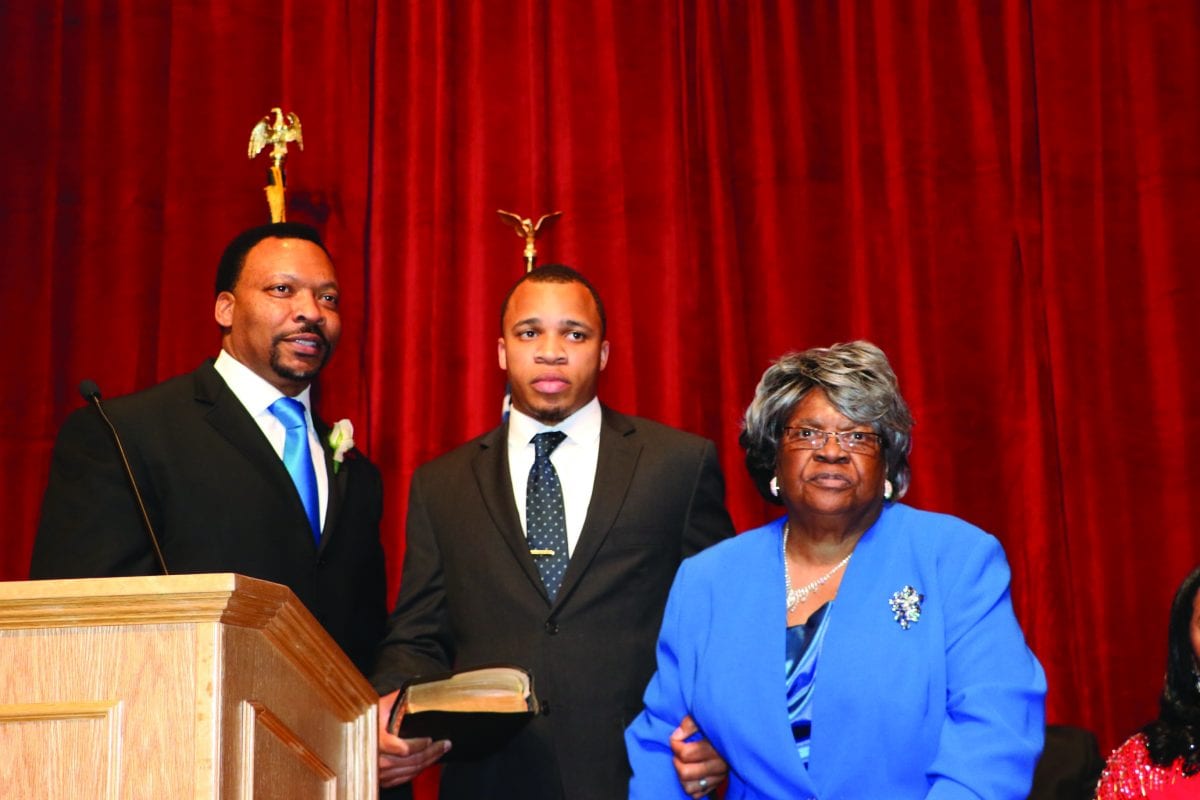 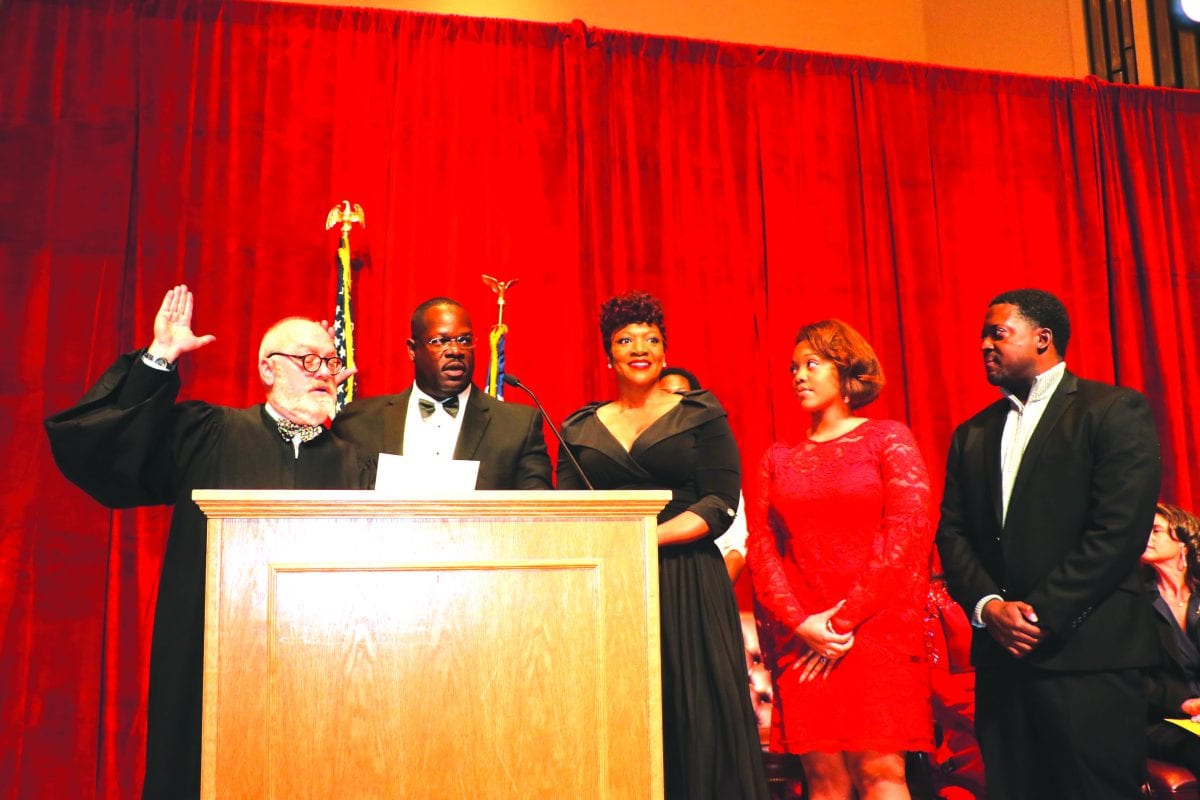 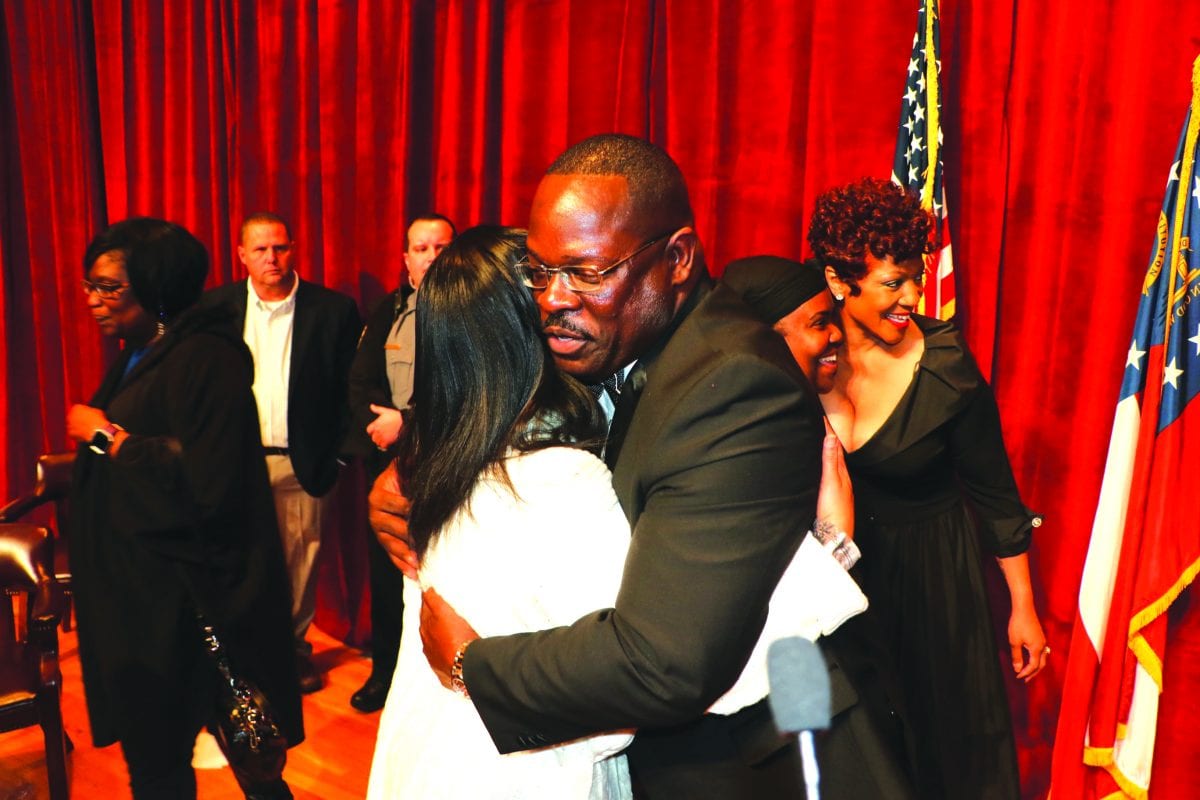 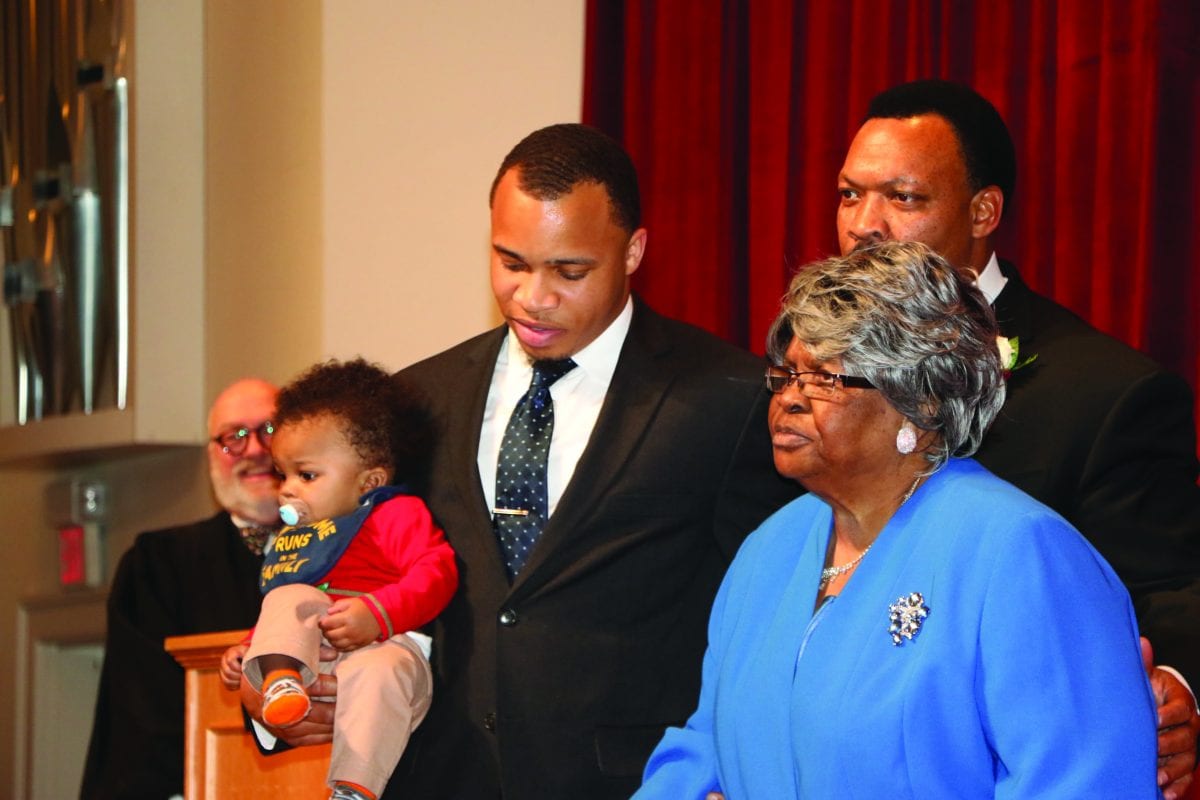 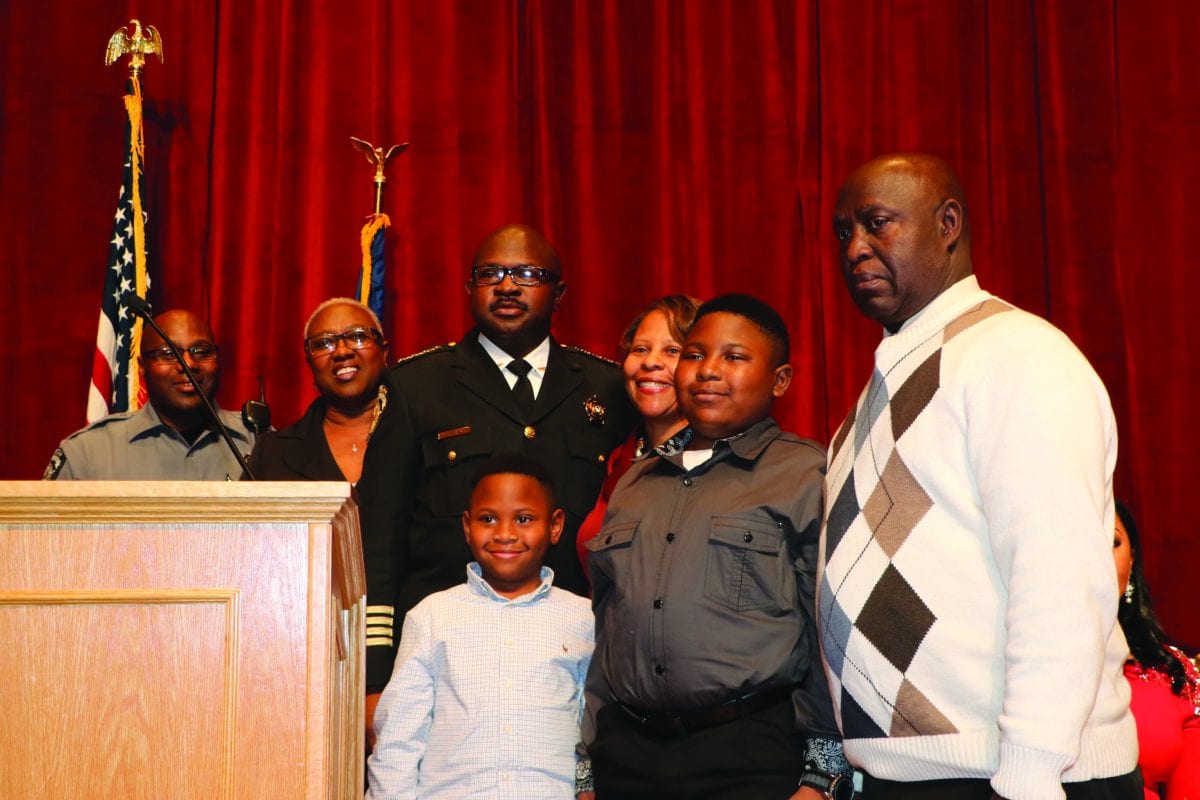 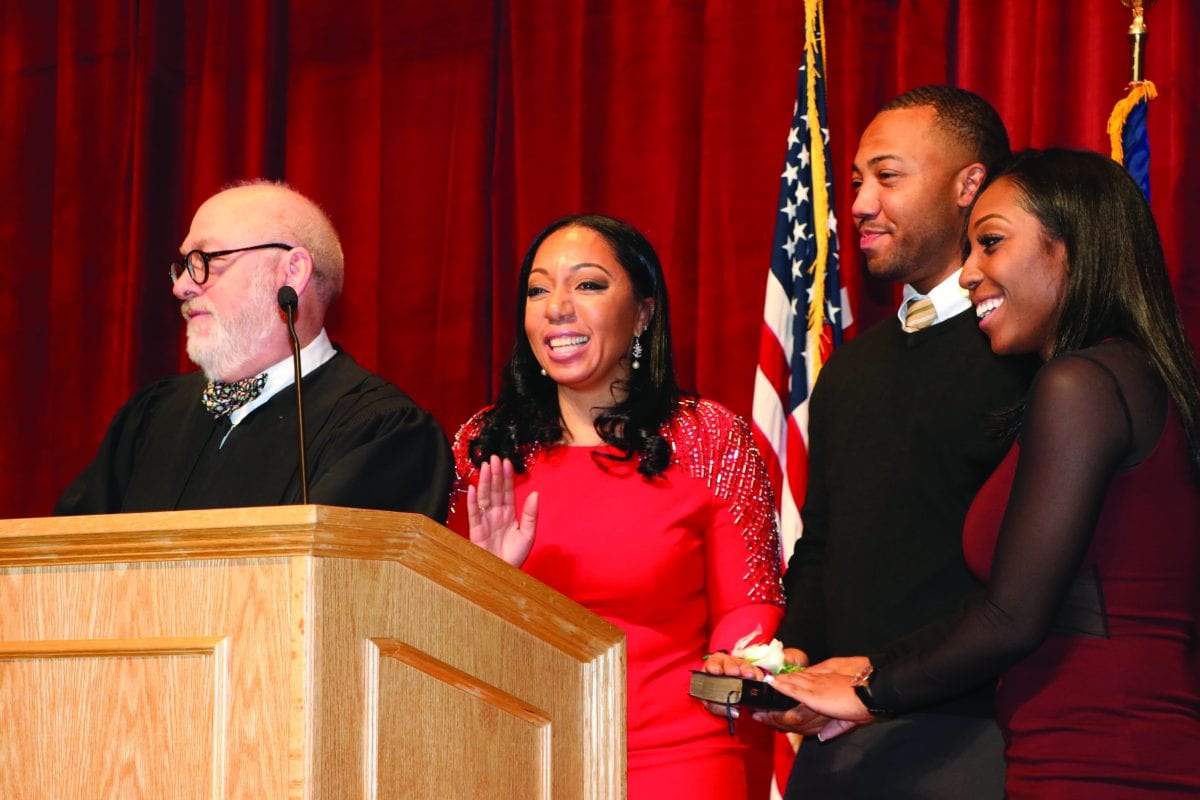 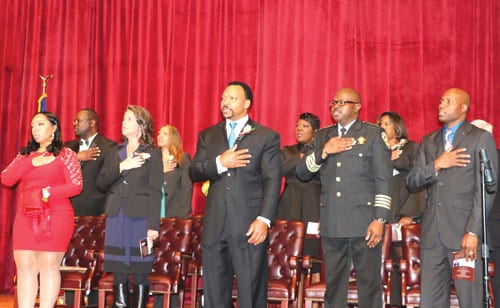 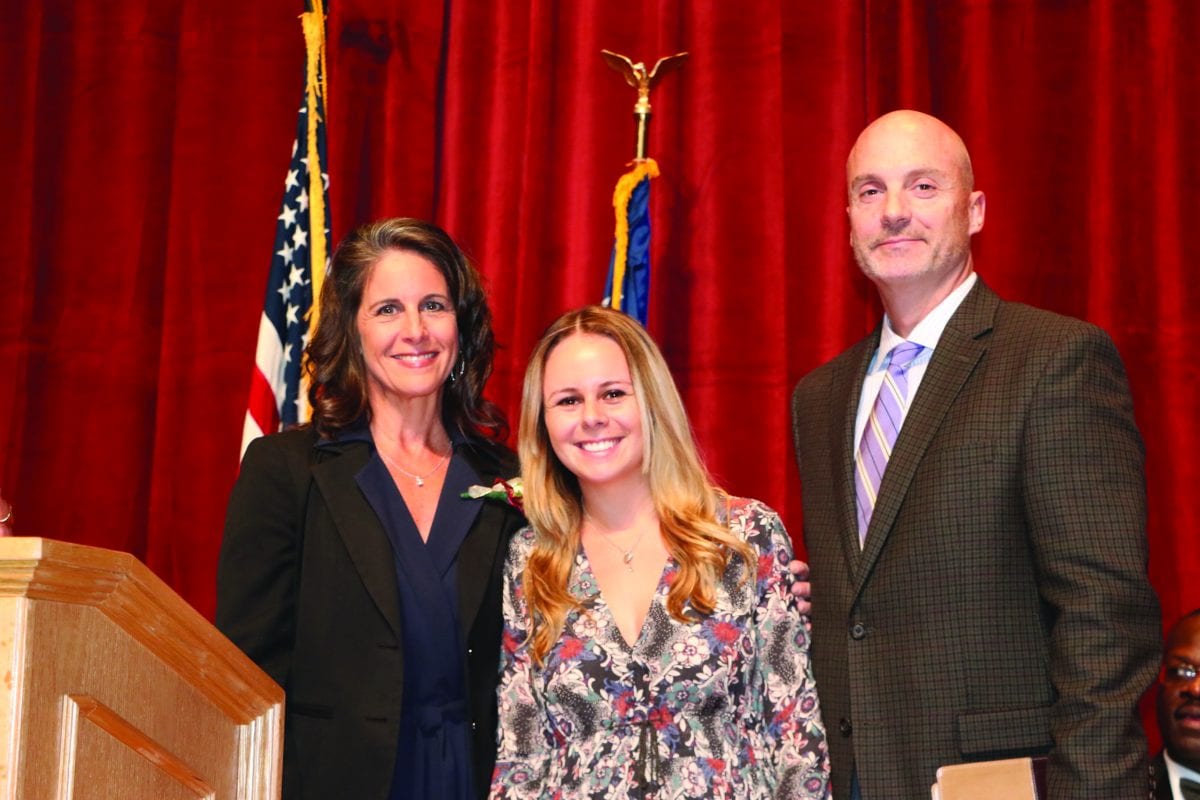