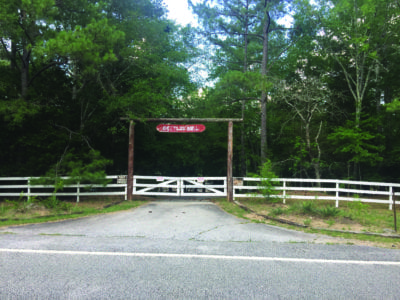 Board of Commissioners Chairman Oz Nesbitt said the county has wanted to buy the park for 30 years and recently entered into an agreement to purchase the park at an offer the county couldn’t pass up. Officials are now working on consolidating county debt to make the purchase in a way that would not negatively impact taxpayers. The consolidation includes an old loan of $5.6 million, the $2.5 million for the park’s purchase price and $1.5 needed for park upgrades. The new debt totaling $9.6 million would be paid at $1.1 million a year through 2027.  Roger Murray of Murray Barnes Finister, LLP in Atlanta said the annual cost is expected to be less than what the county is paying now. He said during a presentation before the Board of Commissioners on June 13 that the county was able to get an extension of the debt payment schedule and a lower interest rate because of its excellent bond rating

Post 2 Commissioner Doreen Williams said the purchase of the park would fulfill a desire of residents who expressed in a county survey that they wanted a park in North Rockdale.

“This is probably the most beautiful piece of property in Rockdale County, and I can’t be more thrilled about bringing it into our park system,” Williams said. “It has already got a re-creation of an old historic town there. It’s  got a pavilion, the creek comes down and there is a little bit of a waterfall there. There’s places to picnic, and it is really pretty.”

Post 1 Commissioner Sherri L. Washington said she is excited about the purchase of the park.

“The park is absolutely beautiful,” she said. “It is some place you can take not just your family or friends. We can have family reunions there. We can have retreats there. It is well on its way to being our chair’s destination location here in Rockdale County. Hats off to the leadership and the vision. I know that this is a long time coming and I’m glad to be sitting here. It is a beautiful facility and I think the residents of Rockdale County are going to greatly enjoy it.”

Nesbitt said the county plans to maintain historic components of the park and Costley Mill’s beautiful, rustic look, which is attractive to the film industry.

“One of the key points of economic development is this particular location attracts a lot of the movie and film industry into our own backyard here in Rockdale County,” Nesbitt said. “So that’s another opportunity for revenue generation. They look for the look that we have out at Costley Mill.”

The BOC is expected on June 27 to formally adopt a resolution authorizing the execution of financial documents to complete the purchase of the park.

Nesbitt said once the deal is finalized, the county plans to host a Community Day to allow residents to enjoy the park free of charge. The county will announce its fee schedule for use of the property in the near future. For now, anyone who wants to use the facility should follow the park’s existing fee schedule and procedures.