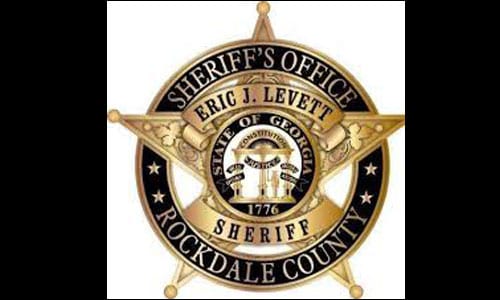 The Rockdale County Sheriff’s Office is mourning the passing away of one of its investigators.

Investigator Haynie was an 8-year veteran with the Rockdale County Sheriff’s Office. He joined the Rockdale County Sheriff’s Office on Jan. 3, 2012 as a Detention Deputy within the Jail Division. He was promoted to a Certified Sheriff’s Deputy on March 21, 2014 after successful completion of the Georgia Peace Officer Standards and Training Council (P.O.S.T.) mandate academy. Investigator Haynie served in the Uniform Patrol Division for five years, first as a patrol deputy and later as a Special Investigations Unit Gang Investigator. He was most recently transferred to the Judicial Services Division in 2019 where he served as a fugitive investigator.

Sheriff Eric J. Levett stated: “We have lost a brother, a friend, a husband, and a servant of our community. And with that, we mourn… the Rockdale County Sheriff’s Office sends our deepest thoughts and prayers to Cole’s family. We will have additional information available later about services for our friend and brother, Investigator Haynie. We ask that our community keep Investigator Haynie, his family and friends in your prayers.”