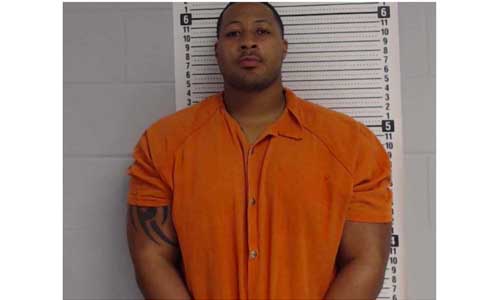 Ezra Tyron Black, a detention deputy with the Rockdale County Sheriff’s Office, was arrested for possession of cocaine with intent to distribute, the Sheriff’s Office said in a news release this evening (July 31).

Black was arrested on July 26 around 9 p.m. He was charged with possession of cocaine with intent to distribute; crossing of guard lines with drugs; violation of oath of office; and possession of a firearm during the commission of a felony, officials said.

The Special Investigation Unit received information that inmates had items in their possession that were not permitted. SIU conducted an undercover investigation and found narcotics were being distributed by Black.

The case is still under investigation and more information will be provided as it comes available.