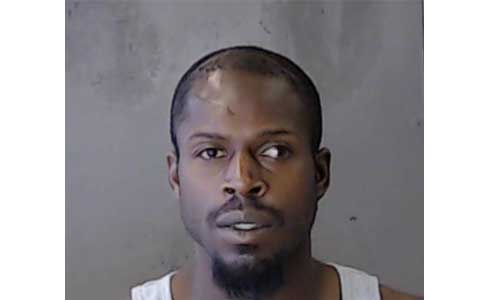 The DeKalb County Sheriff’s Office Fugitive Unit took Hussan Karim Chester into custody Feb. 26 after he was detained by Gwinnett County authorities on a warrant charging him with felony murder of shooting Erica Cruz, 21.

The 34-year-old Atlanta man was attempting to re-register as a sex offender with the Gwinnett County Sex Offender’s Unit.

According to the warrant issued in DeKalb County, Chester shot Cruz in the head on Feb. 22, 2019 at the Meadow Glen Village Lane apartment complex in Doraville, causing her death.

A 911 caller who witnessed the shooting said that a man wearing a white jacket and blue jeans was sitting inside an older model gold Toyota Camry with the victim before shooting her in front Building 3582, according to a police report obtained by the Atlanta Journal Constitution.  No motive was given for the assault.

Chester was transported without incident to the DeKalb County Jail.

The family of Cruz has set up a Go Fund Me donations account to help with her burial expenses.