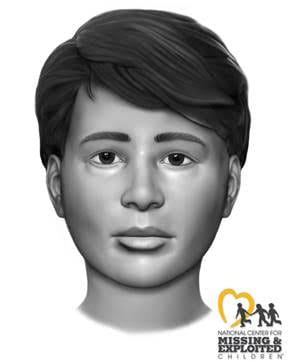 The Orange County Sheriff’s Office (North Carolina) along with the National Center for Missing & Exploited Children is asking for the publics assistance to identify remains that were found in Orange County 1998.

NCMEC has created a new facial reconstruction for John Mebane Doe with the hopes that someone will see the images and recognize the child. Chemical isotope and pollen testing have revealed that the boy was likely not from North Carolina but from the US Southeast with the highest potential from Alabama and Georgia.

John Doe is also being featured on NCMEC’s HelpIDMe Facebook page. Help ID Me highlights the more than 700 unidentified deceased children that NCMEC is trying to identify and give back their names.
If anyone has information about John Mebane Doe or believes they know who the child is, you are asked to contact the National Center for Missing & Exploited Children at 1-800-THE-LOST (1-800-843-5678) or the Orange County Sheriff’s Office at 919-644-3050.
Post Views: 720
Share. Facebook Twitter Pinterest LinkedIn Tumblr Email
On Common Ground News