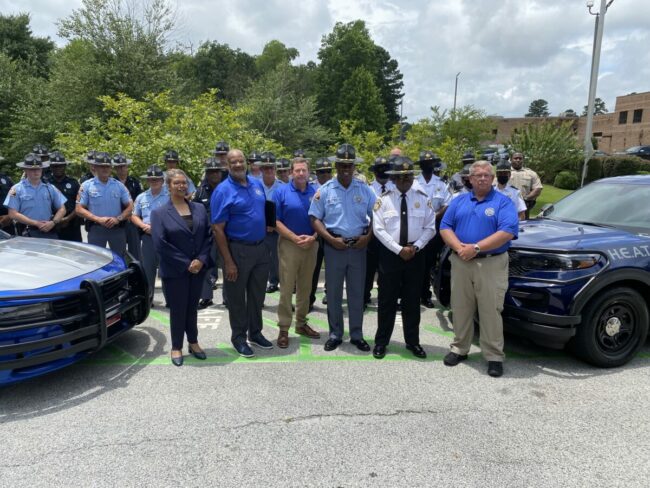 “If you drive over the speed limit, look for blue lights…”

State and local law enforcement agencies in Georgia, Alabama, Florida, Tennessee, and South Carolina are participating in the initiative, which began on July 19, and ends on July 25.

“Our ultimate goal is to save lives,” said Levett. “We’re sending out that message strong this week.”

“If you drive over the speed limit, look for blue lights… I will tell you that not only if you decide to put down the hammer, we’re going to put the pen on the paper to slow you down,” said Raines.

Roger L. Hayes, director of Law Enforcement Services, the Governor’s Office of Highway Safety, said speeding and distracted driving have pushed up the number of deadly crashes in Georgia.

“2021 is on target to be the deadliest year. We have already had in the first half of the year over 850 fatalities on the highways in this state, and that is a 21 percent increase of where we’ve been,” said Roger L. Hayes, director of Law Enforcement Services, the Governor’s Office of Highway Safety.  “We’ve got to slow down. A  lot of it is due to speeding and lot of it is due to distracted driving. We’ve got to put the cell phones down.”

This is the fifth consecutive year that Georgia and the four other f states have worked together on the initiative.

While the number of overall traffic fatalities increased last year, estimates from the Federal Highway Administration show vehicle miles traveled in 2002 decreased by 430.2 billion miles from 2019. Speed is believed to be one of the factors for the nationwide increase in traffic death with speed-detection devices used by law enforcement agencies recording drivers traveling at speeds well above the posted limit.