In District 3, incumbent Gerald Hinesley was reelected with 63 votes. He was unopposed.

The votes reflect early voting results and must be certified by Rockdale Elections officials. 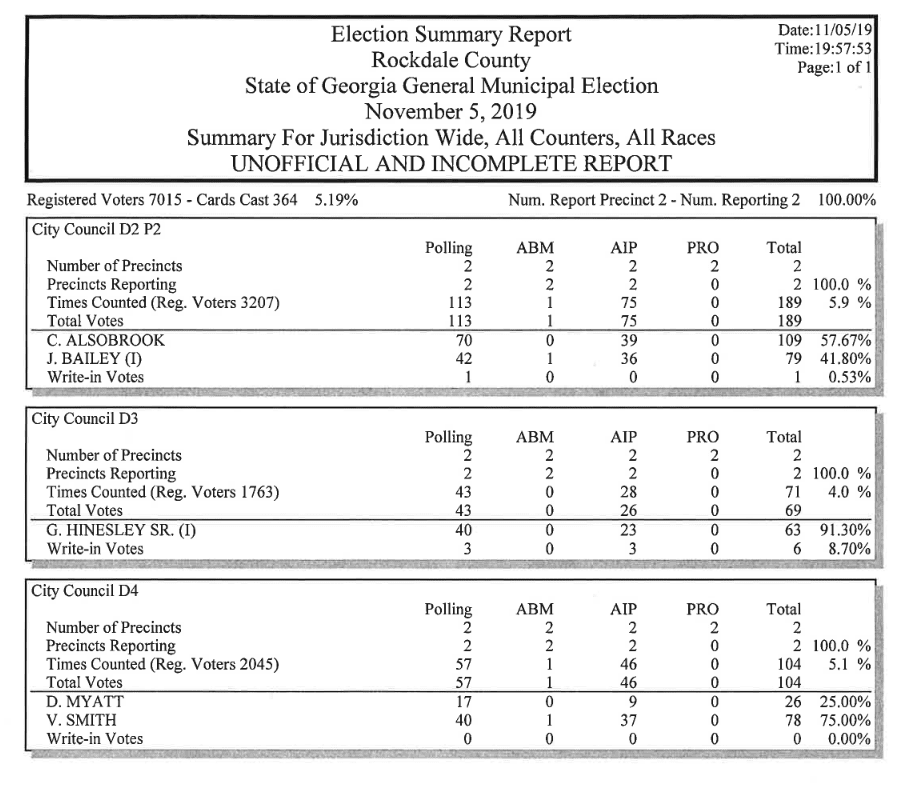