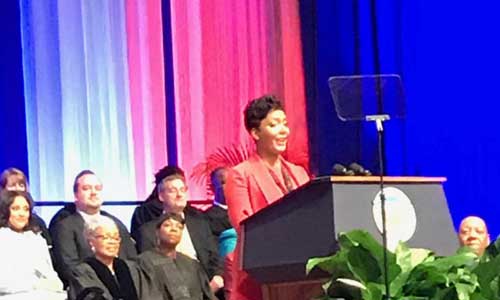 The inauguration was held at 1 p.m. at the historic MLK Jr. International Chapel at Morehouse College.

Bottoms is only the second woman to be elected to the city’s highest office following Shirley Franklin. Bottoms defeated Mary Norwood in a Dec. 5 runoff, to succeed Kasim Reed.

Bottoms will host a citizen’s reception today at 5:30 p.m. in the City Hall Atrium, 55 Trinity Ave. S.W. The event is free and open to the public.