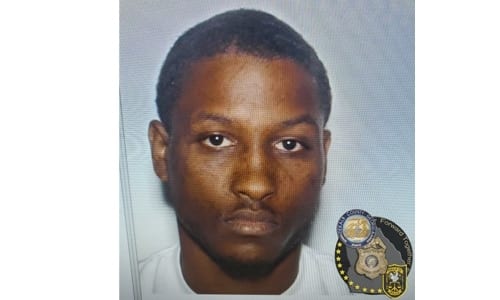 DeKalb County Police Department is looking for murder suspect Ronal E. Derickson (correct spelling of his first name). Derickson is wanted for the shooting death of a female who was in her mid-20s.

The shooting happened shortly before 1 p.m. today(Sept. 11) at the Retreat at Stone Mountain, 1206 Ashley Place in Stone Mountain.