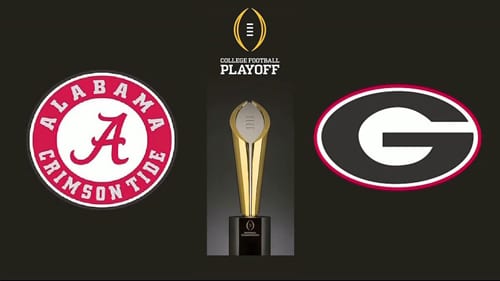 MARTA will offer additional rail service beginning at 5 a.m. on Monday, Jan. 8, until 2 a.m. on Tuesday, Jan. 9, as the Georgia Bulldogs and Alabama Crimson Tide face-off in the 2018 College Football Playoff National Championship.

The game begins at 8 p.m. at Mercedes-Benz Stadium, with a free halftime concert by Kendrick Lamar at Centennial Olympic Park.

There are also several events planned in the days leading up to the game, including Playoff Fan Central at the Georgia World Congress Center, the Championship Tailgate Plaza in the International Plaza, and Playoff Playlist Live!, which features daily concerts at Centennial Olympic Park.

Rail service will operate on a weekday schedule on Sunday, Jan. 7 with trains arriving more frequently. On game day, Monday, Jan. 8, all rail lines will provide service with more frequency and additional trains will be added as needed. Purchase a round-trip ticket at the beginning of your trip to avoid long lines on the return. The last trains will depart at 2 a.m. on Tuesday, Jan. 9. We will clear all stations before the last run to ensure no one is stranded.

MARTA Police is reminding the public to remain vigilant, be aware of your surroundings, and if you see something suspicious, say something. Download MARTA’s See & Say app before heading out. Riders are encouraged to visit www.itsmarta.com for detailed rail and bus schedules and follow @MARTASERVICE on Twitter for service updates and announcements.