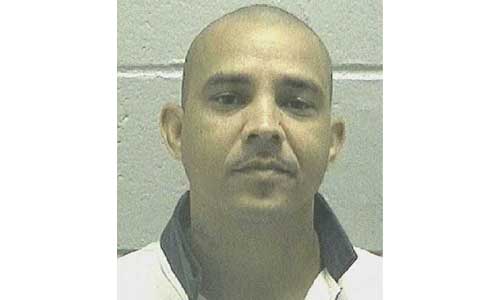 The execution of Marion Wilson, Jr. for the 1996 murder of an off-duty prison guard was carried out on June 20 at 9:52 p.m. at the Georgia Diagnostic and Classification Center in Jackson, Georgia. Wilson was executed by lethal injection. The sentence was carried out after the United States Supreme Court denied his request for a stay of execution.

Wilson and Robert Earl Butts Jr. were convicted of murder and sentenced to death in the March 1996 slaying of Donovan Corey Parks, 24.  Butts was executed in May 2018. He was 40.

Wilson, 42, took about 10 deep breaths, paused and then took a few more breaths falling still, a reporter for the Associated Press said.  Wilson was the second person executed in Georgia this year, according to the Death Penalty Information Center.

Authorities said Butts and Wilson asked Parks for a ride outside a Walmart store in Milledgeville and then fatally shot him a short distance away. The pair then stole Parks’ car.

The Georgia Supreme Court summarized the facts of the case as follows:

The evidence at trial showed that on the night of March 28, 1996, the victim, Donovan Corey Parks, entered a local Wal-Mart to purchase cat food, leaving his 1992 Acura Vigor parked in the fire lane directly in front of the store. Witnesses observed Wilson and Robert Earl Butts standing behind Parks in one of the store’s checkout lines and, shortly thereafter, speaking with Parks beside his automobile. A witness overheard Butts ask Parks for a ride, and several witnesses observed Wilson and Butts entering Parks’s automobile, Butts in the front passenger seat and Wilson in the back seat. Minutes later, Parks’s body was discovered lying face down on a residential street. Nearby residents testified to hearing a loud noise they had assumed to be a backfiring engine and to seeing the headlights of a vehicle driving from the scene. On the night of the murder, law enforcement officers took inventory of the vehicles in the Wal-Mart parking lot. Butts’s automobile was among the vehicles remaining in the lot overnight. Based upon the statements of witnesses at the Wal-Mart, Wilson was arrested. A search of Wilson’s residence yielded a sawed-off shotgun loaded with the type of ammunition used to kill Parks, three notebooks of handwritten gang “creeds,” secret alphabets, symbols, and lexicons, and a photo of a young man displaying a gang hand sign.

Wilson’s wholehearted commitment to antisocial and violent conduct from the age of 12 on not only serves as a heavy weight on the aggravating side of the scale, it also renders essentially worthless some of the newly proffered mitigating circumstance evidence. …For example, a number of Wilson’s teachers signed affidavits, carefully crafted by his present counsel, claiming that Wilson was “a sweet, sweet boy with so much potential,” a “very likeable child,” who was “creative and intelligent,” and had a “tender and good side.” One even said that Wilson “loved being hugged.” A sweet, sensitive, tender, and hug-seeking youth does not commit arson, kill a helpless dog, respond to a son’s plea to quit harassing his elderly mother with a threat “to blow . . . that old bitch’s head off,” shoot a migrant worker just because he “wanted to see what it felt like to shoot someone,” assault a youth detention official, shoot another man in the head and just casually walk off—all before he was old enough to vote. Without provocation Wilson shot a human being when he was fifteen, shot a second one when he was sixteen, and robbed and shot to death a third one when he was nineteen. …

Wilson was indicted in the Superior Court of Baldwin County, Georgia for malice murder, felony murder, armed robbery, hijacking a motor vehicle, possession of a firearm during the commission of a crime and possession of a sawed-off shotgun.

Wilson was convicted as charged in the indictment and sentenced to death on November 7, 1997.  Thereafter, Wilson filed a motion for new trial, which was denied on December 18, 1997.