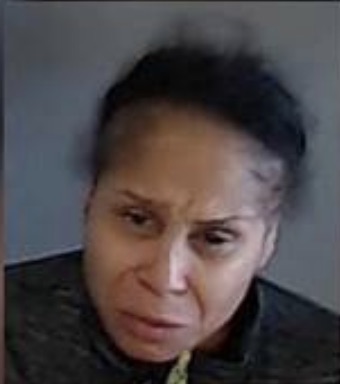 DECATUR, GA- DeKalb County District Attorney Sherry Boston announced a conviction by jury trial in the murder case against a Lithonia woman accused of killing her husband.
Jurors returned guilty verdicts on Oct. 2 against 48-year-old Aimee Heyward on charges of Felony Murder, Aggravated Assault, Cruelty to Children in the First Degree and Possession of a Firearm during the Commission of a Felony in connection with the shooting death of 49-year-old Bruce Heyward.
Police were called to the couple’s Edenberry Way home in Lithonia on Feb. 25, 2019 following reports of a ‘person shot.’ Bruce Heyward was discovered in the front entryway of the home with a gunshot wound to his chest. Though he struggled to talk, he was able to tell responding officers that his wife shot him. Heyward was rushed to the hospital but passed away soon after arrival.
Prior to the deadly shooting, officers were called to the home on a domestic dispute between the husband and wife. Neither one of them was willing to leave the home for the evening, so authorities separated them into different bedrooms. In the middle of the night, the victim called 9-1-1 and reported that the Defendant had forced her way into his room and held a gun to his head. While the victim was on the phone with 9-1-1, the Defendant fired a shot, striking him in the chest. The gunshot was captured on the 9-1-1 call and heard by the couple’s 16-year-old daughter who rushed downstairs to her father’s aid.
Officers found Mrs. Heyward walking in the neighborhood with a backpack containing a spent 9mm shell casing. K9 officers found what would later be identified as the murder weapon in a storm drain not far away.
Aimee Heyward will be sentenced at a later date before DeKalb County Superior Court Judge Tangela Barrie, who presided over the trial.
The case was prosecuted by Senior Assistant District Attorneys Tauri Thomas and Oto Ekpo with assistance from DA Investigator Sam Washington and Victim Advocate Tonesha Bivins. Detective Keith McQuilkin with the DeKalb County Police Department led the initial investigation.
Post Views: 2,060
Share. Facebook Twitter Pinterest LinkedIn Tumblr Email
On Common Ground News