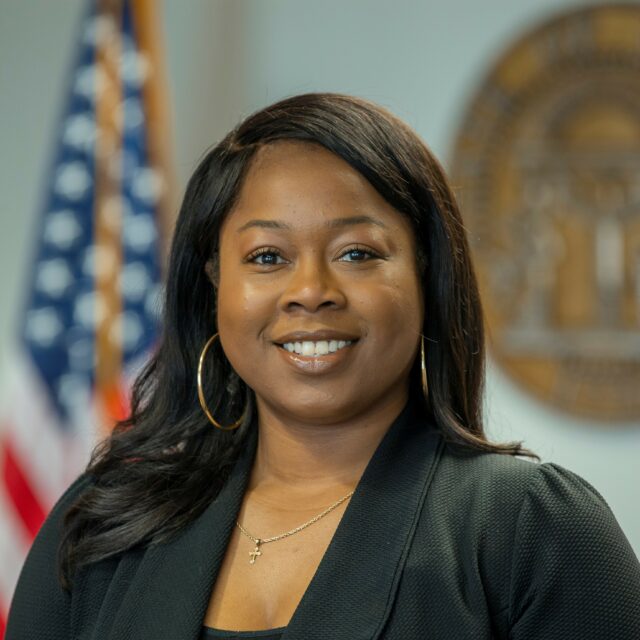 ATLANTA– Breanna Thomas has been appointed as Georgia’s new Deputy Commissioner of State Programs, Human Resources for the  Department of Human Services (DHS).

“I would like to thank Tanguler Gray for her more than 25 years of outstanding service at DHS,” said Commissioner Broce. “Tan’s leadership, passion and knowledge have served the Department well, and we wish her the very best as she takes on this new role at the federal level.”

“Breanna Thomas has done a remarkable job throughout her service in state government,” said Broce. “I am grateful for her stepping up to assume these new duties, and I know she will continue to have a positive impact on the work we do to build stronger families for a stronger Georgia.”  Thomas began her career in public service in the Office of the Georgia Secretary of State. There, she served as the Elections Training Administrator and Interim Election Systems Manager, assigned to help manage the Georgia Voter Registration System. She later served as Deputy Director of Election Services in the Secretary of State’s Office. Thomas received her undergraduate degree in financial planning from the University of Georgia. She is a DeKalb County native and resides in Lithonia with her fiancé, Brandon, and their dog, Lucci.