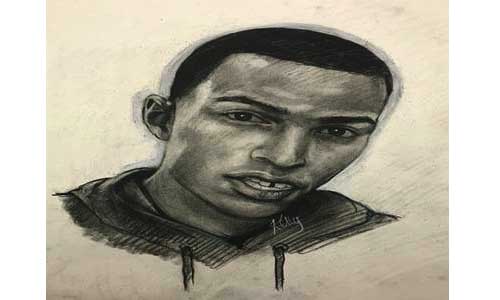 Conyers Police, in conjunction with Crime Stoppers, is now offering up to $5,000 for information leading to the arrest of the person responsible for the shooting death of Richard “ATL” Green. Investigators have released a sketch of the suspect. The reward was increased from $2,000.

On Sunday, Oct. 22, at noon, Richard “ATL” Green was shot and killed inside a residence on Pinedale Circle in Conyers.

The shooter is described as a tall slender black male with a “box” style haircut and a gap in his front teeth.  He was observed fleeing the location on foot.  A GBI artist rendering of the suspect is provided below.

Anyone with information regarding this murder is asked to contact Crime Stoppers www.crimestoppersatlanta.org or 404-577-TIPS.  You will remain anonymous and eligible for the reward.