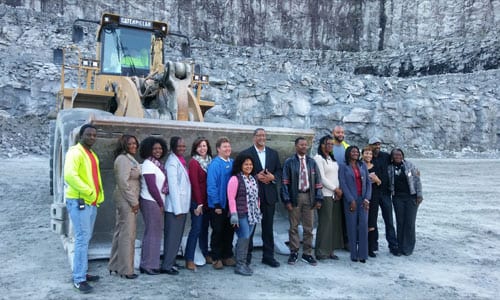 The Greater Lithonia Chamber of Commerce recently held its final Coffee Connections of 2017 at Hanson Aggregates Lithonia Quarry, which offered business owners and stakeholders a bus tour of the world-class operations.

Hanson Aggregates supplied the rock for the concrete used to construct the new Mercedes Benz Stadium in downtown Atlanta.

Chris Edwards, office manager for the quarry, led the tour through the many layers—350 down to the bottom of Pine Mountain—where rock is excavated for various projects around the world.

During the tour, Edwards discussed the quarry’s history, including the fact that the quarry at one time was used to supply chicken feed. He also spoke about some of the more recent projects that Hanson Aggregates worked on such as the new Mercedes Benz Stadium. Edwards said that Hanson Aggregates was the only source used to create all of the concrete for the stadium. The company supplied 250,000 tons of rock for the project, he said.

Hanson is committed to educating the community about what it does, and the steps taken to ensure that the environment is protected during their processes. Tours of the quarry are open to the public. 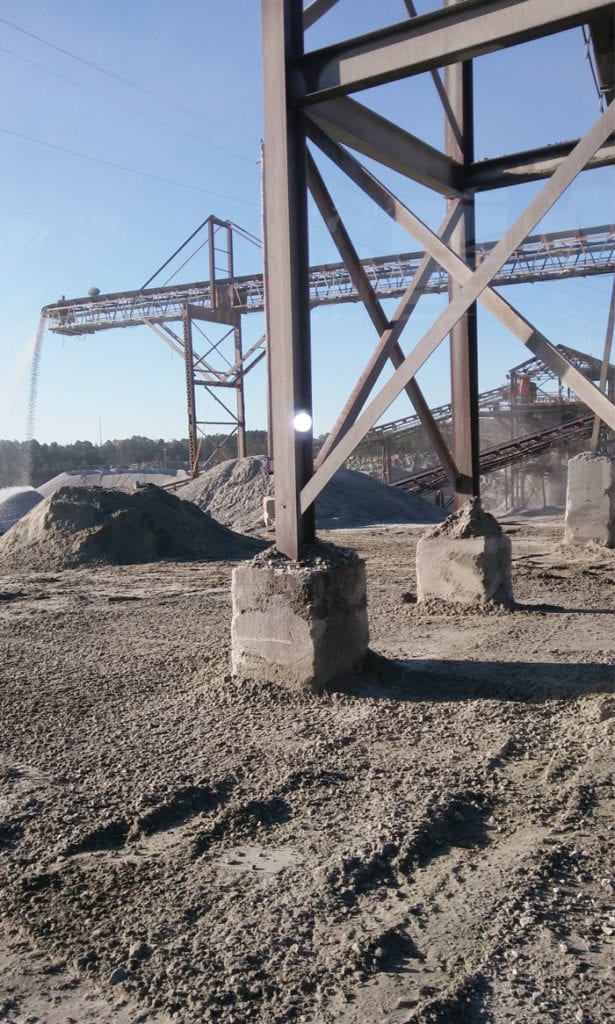