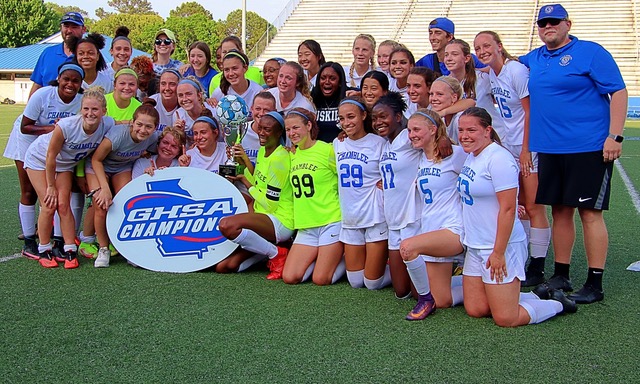 Infractions Include Conflict of Interest; 3 Players ruled ineligible for next season

DEKALB COUNTY, GA—On May 11, the Georgia High School Association (GHSA) informed Chamblee High School that it was in violation of three by-laws, resulting in the program forfeiting all its victories during the 2021-2022 season, including its region and state championship titles. GHSA also informed the school that three student athletes are ineligible for varsity participation for one calendar year.

This decision followed an investigation into the girls’ soccer program for possible violations of GHSA by-laws after an inquiry was made into a possible conflict of interest infraction and other alleged infractions, according to a news release from the DeKalb County School District. The district did not specify what the conflict of interest concerned or name the three students who were deemed ineligible for next year’s season.

“This is devastating news for our team and the hard work and determination they displayed all season,” said Chamblee High School Principal Gail Barnes. “We appreciate the loyal support from our parents, fans, and community. Without question, we will do our part to correct what we can, moving forward.”

The DeKalb County School District’s Athletics Department had reported that Chamblee girls’ soccer team completed an historic season with an 8-1 victory over the Midtown Lady Gray Knights to claim the Class 5A state soccer championship at McEachern High on May 5.