Rockdale County, GA— Over 3,000 Rockdale County voters have cast their ballots, as early voting takes off this weekend in Rockdale for the runoff for Georgia’s U.S. Senate seat.

Willingham stated that a total of 1,662 Rockdale residents had voted in person, while 1,942 had voted by absentee mail. Saturday’s turnout, she  stated, represents 6.1 percent of Rockdale’s 58,509 active voters.

Following are the voting breakdowns for Saturday, Nov. 26. The  sample ballot and dates and hours for the entire early voting period also are provided below by  Rockdale Elections Supervisor Cynthia Willingham. 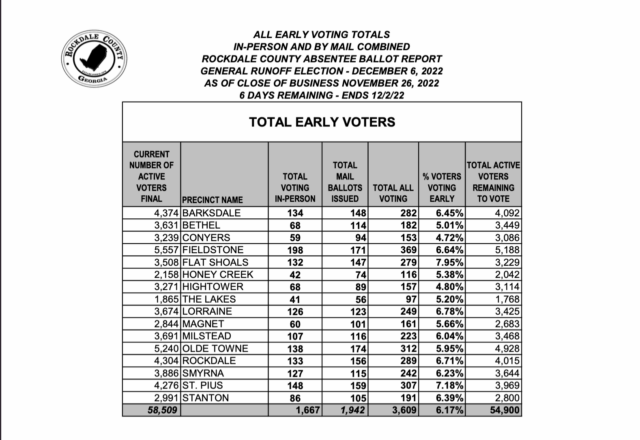 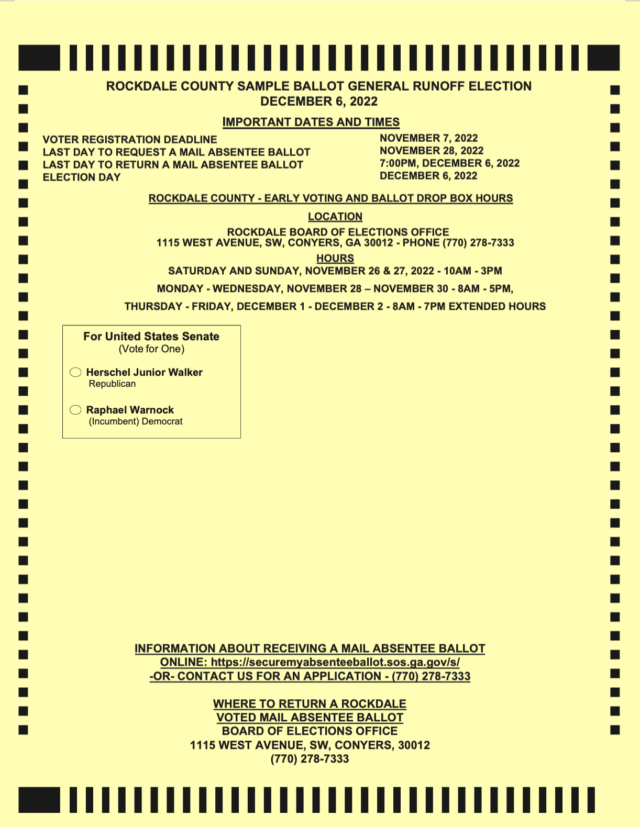