ATLANTA – Members of the Georgia House Democratic Caucus (GHDC) Subcommittee on COVID-19 have submitted a letter to Attorney General Christopher Carr to request an investigation and audit into the Georgia Department of Labor’s (GDOL) inability to process and pay Unemployment Insurance (UI) benefits claims in a timely manner.

The GHDC Subcommittee on COVID-19 says it has exhausted all other opportunities to request that Commissioner Butler process and pay UI benefits claims. These legislators are concerned that thousands of claims have not been paid to date and have received reports that some Georgians have waited more than six months to receive UI benefit payments. As a result, the legislators’ letter includes their request to audit the GDOL’s processing and payment system based on the department’s adherence to federal regulation to pay claims in a timely manner. In the letter, these legislators also request a separate investigation by the Georgia Bureau of Investigation (GBI) to further investigate fraud and irregularity allegations.

“The holiday season is here, and people are hurting,” said State Representative Sandra Scott (D-Rex). “We request that Commissioner Butler help Georgians celebrate Christmas by paying them their UI benefits claims to assist them during the holidays.”

“We have been asking Commissioner Butler for six months to open a 24-hour call center to help our constituents get answers and get paid,” said State Rep. Kim Schofield (D-Atlanta). “As of today, promises have been made, but we have yet to see a call center open to serve the people. We are at a critical juncture where people’s lives continue to be disrupted, families are being displaced and are experiencing food insecurity because of the pace in which the GDOL has failed to resolve these longstanding issues. It is our hope that Attorney General Chris Carr conducts a complete investigation into the GDOL.”

The GHDC Subcommittee on COVID-19 is committed to serving and helping Georgians and seek to reassure citizens that they have heard their calls for assistance in resolving unpaid UI benefits claims. The subcommittee will continue its work to assist those who have been waiting an extended period of time to receive a response from the GDOL. The subcommittee previously requested Gov. Brian Kemp to intervene, and its congressional delegation has submitted a letter to GDOL Commissioner Mark Butler.

A copy of the letter to Attorney General Carr can be found here: 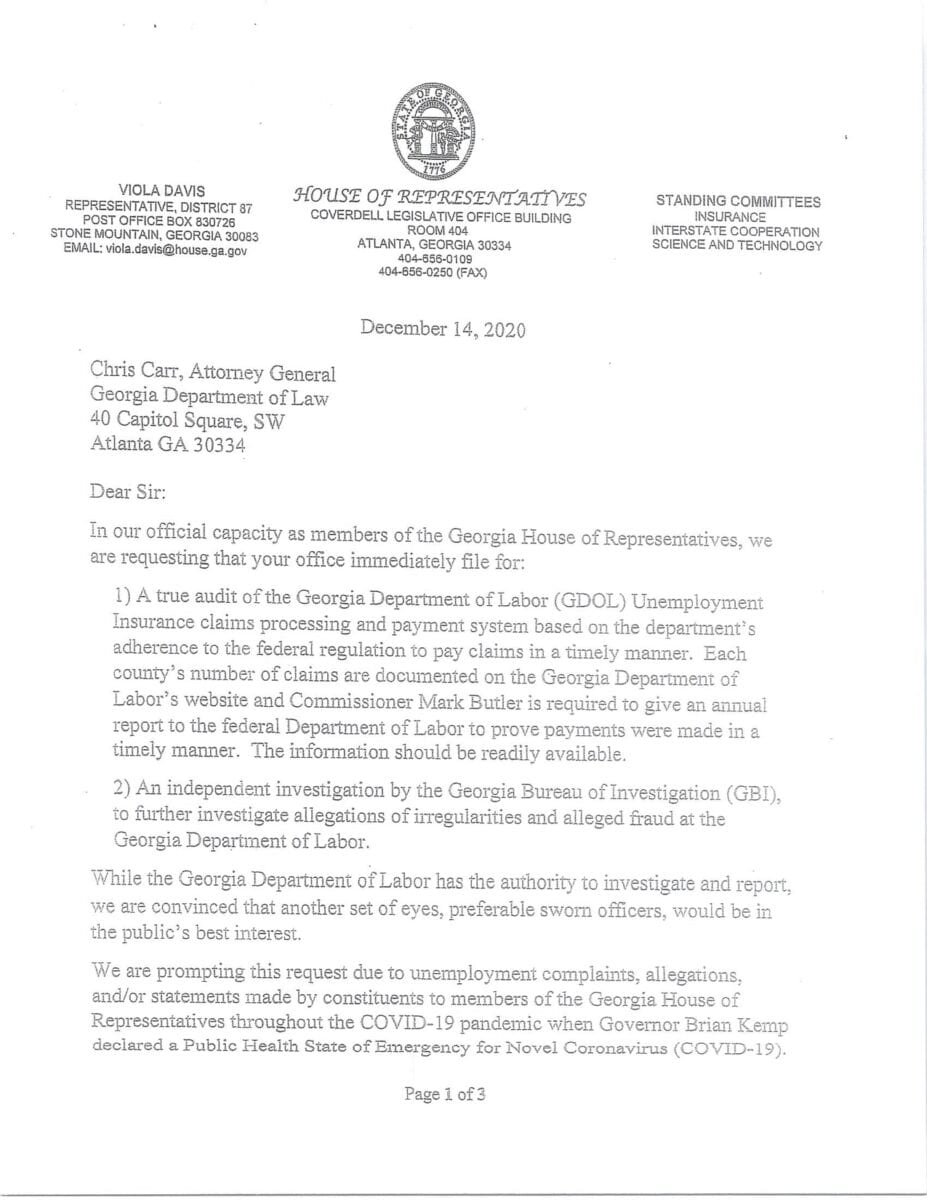 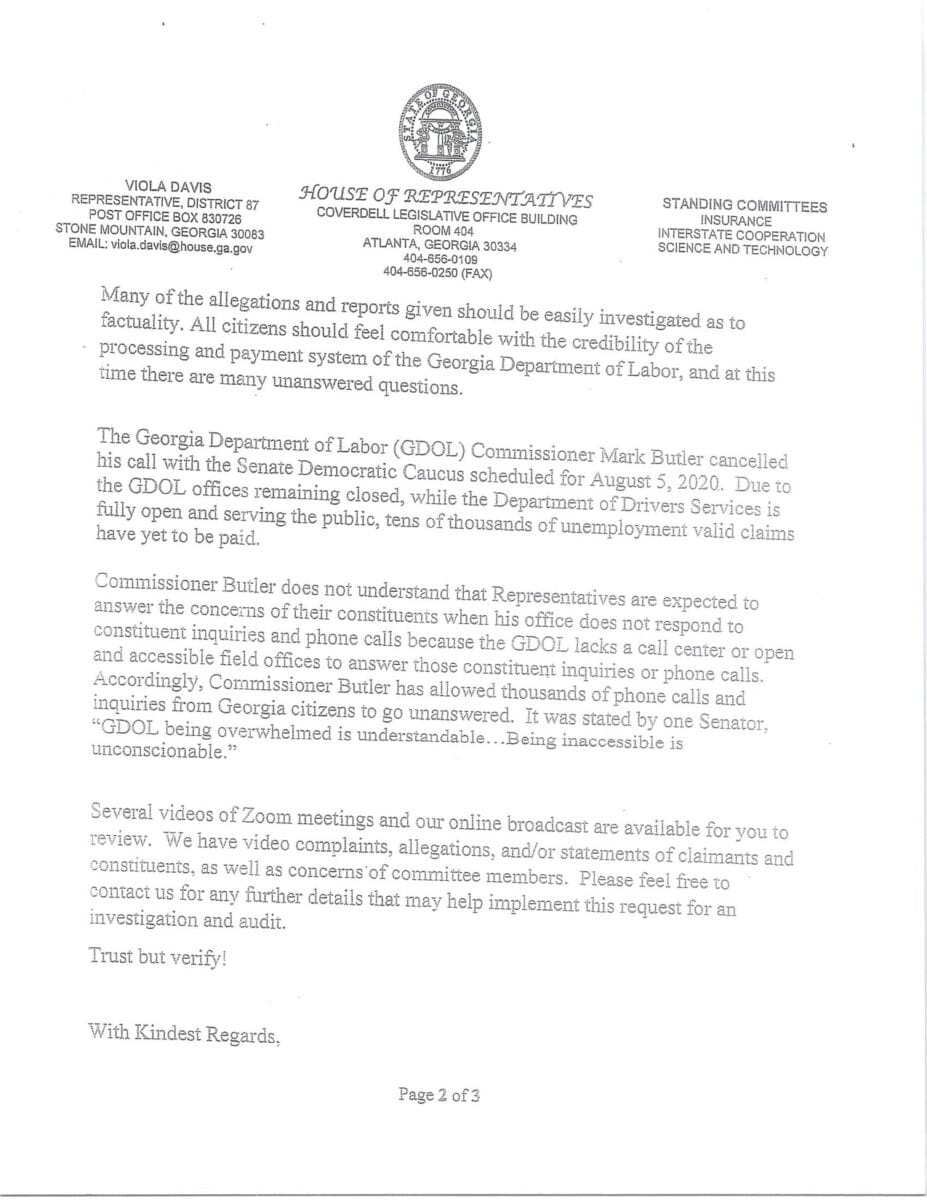 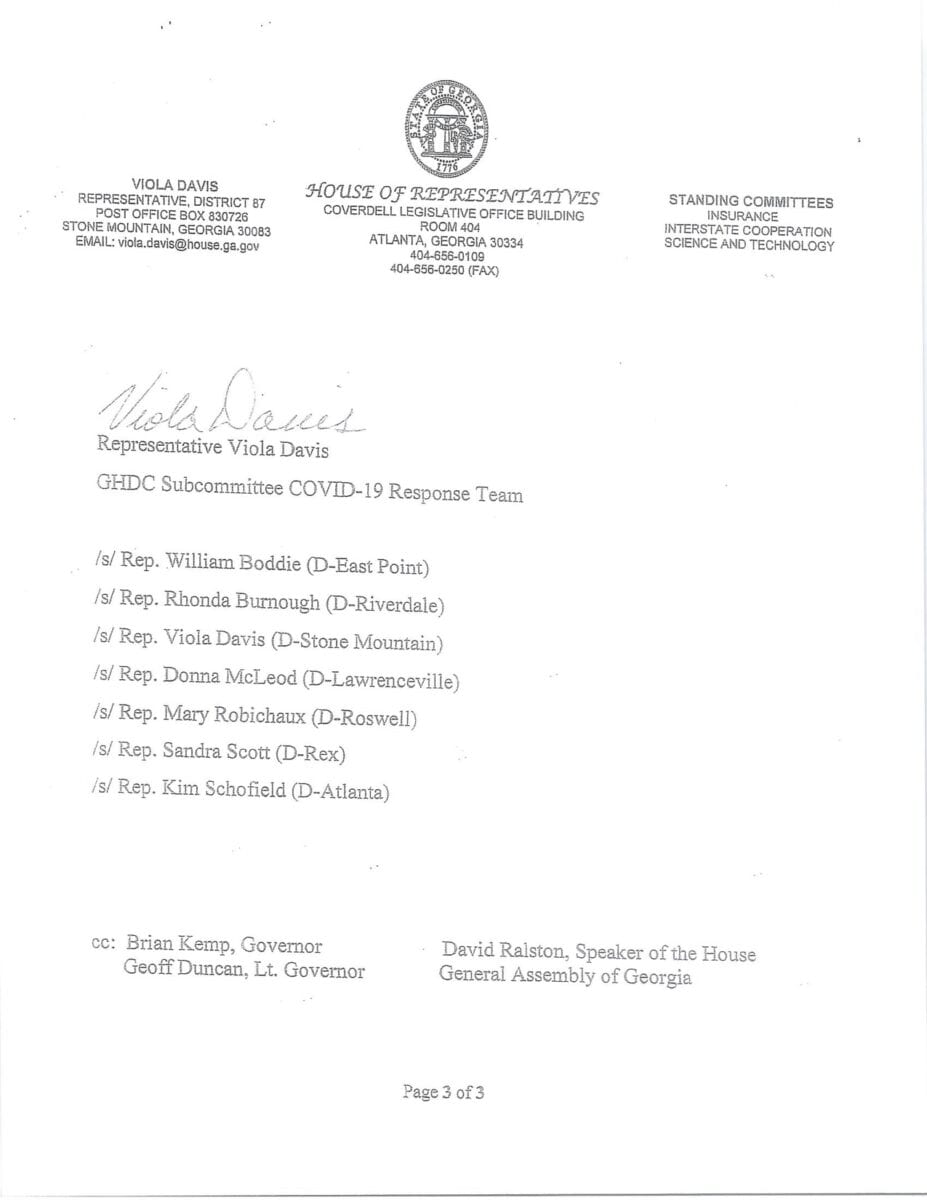