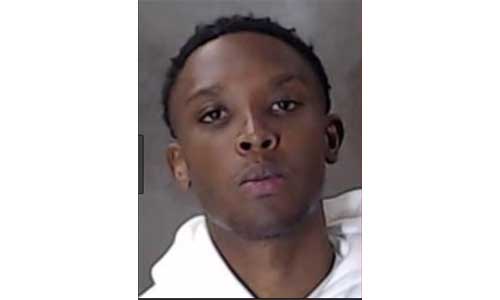 A DeKalb County Grand Jury has indicted the driver accused in the hit-and-run crash that injured two girls who were playing in front yard of the 9-year-old’s home.

The incident happened on March 29, 2019. According to the investigation, Fordham was allegedly driving recklessly at a high rate of speed as he traveled along Cherokee Valley Drive in Lithonia. The car went airborne as the driver attempted to negotiate a turn at the intersection of Cherokee Valley Circle. The car landed in the front yard of a home in the 2200 block of Cherokee Valley Circle striking 9-year-old LaDerihanna Holmes as she played with a friend. The driver crawled out of the car and fled the scene without rendering aid or providing identification. LaDerihanna was transported to the hospital by her father. She sustained a fractured skull and a broken pelvis. Her friend, 11-year-old Alayshia Phillips, suffered minor cuts and bruises.

“It hit her head on, and it didn’t just hit her, it knocked her through a brick wall into their house,” said Stewart.

The incident was captured on home surveillance video and broadcast extensively. Fordham surrendered to authorities at the DeKalb County Jail three days later without incident.

Following indictment, the case will be scheduled for arraignment and set for trial. Fordham remains jailed without bond.