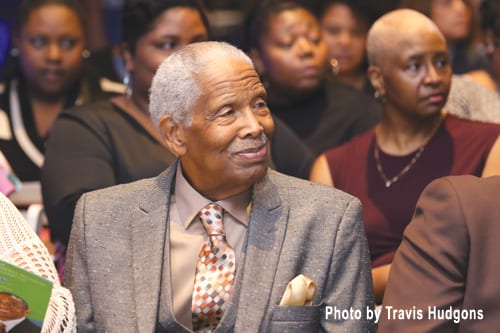 Family and friends gathered today for the homegoing celebration of Gilbert “Dr. Turman,” Jr., a former principal of Southwest DeKalb High School and founder of the South DeKalb Neighborhood Coalition. Turman also was known in Newton County, where he worked as an educator before working in DeKalb.

Gregory B. Levett and Sons Funeral Homes & Crematory, Inc. is handling the arrangements.