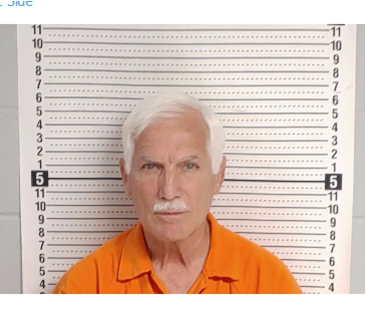 ATLANTA— Clarence Dean Alford, a former member of the Board of Regents representing Georgia’s 4th Congressional District, has pleaded guilty to Racketeering, the Office of the Attorney General announced.

Chief Superior Court Judge Robert F. Mumford sentenced the Alford to 15 years.  He will serve 8 years in prison and spend the remainder on probation.  As a condition of his probation, Alford may not conduct any business with the State, the Attorney General’s Office said.

“I applaud the work of the Prosecution Division,” said Chief Deputy Attorney General Wright Banks. “Our office is committed to prosecuting those who perpetrate fraud on businesses– regardless of their position in society.  Alford tried to steal from a company, and he is paying a steep price for his crime.”

Alford is alleged to have exploited a common industry practice referred to in the financial services sector as “factoring.” Factoring is a financial transaction in which a business may sell its accounts receivable to a third party at a discount. The goal of Alford’s scheme was to obtain approximately $1.7 million by selling fake accounts receivable invoices valued at approximately $2.2 million. As part of his scheme, Alford created fake invoices, contracts, and other documents to show that his company was owed money from state agencies. He also forged the signatures of state employees on those contracts and other documents. Alford was, at the time, a member of the State Board of Regents, and he used that position to further his fraud schemes. The Board of Regents is the body with the responsibility of overseeing the University System of Georgia. Alford resigned from the Board of Regents in October 2019.

The Attorney General’s Office thanked the Georgia Bureau of Investigation for its work with the investigation, as well as the assistance of the University System of Georgia and the Florida Department of Law Enforcement.

nextBrookhaven’s Paint the Park returns to Blackburn on Oct. 24