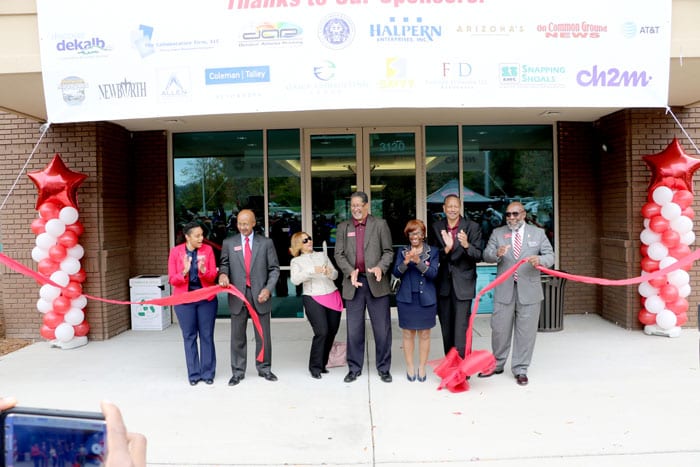 A crowd celebrated the grand opening this past Saturday for the city of Stonecrest’s new City Hall.

Mayor Jason Lary, his wife Debra, and the five-member City Council held a ribbon cutting ceremony to mark the historic occasion of the newly-formed city of 50,000 residents.

Congressman Hank Johnson and his wife, DeKalb Commissioner Mereda Davis Johnson, were among several dignitaries and officials who spoke before the ceremony.

The half-day of festivities included performance by Arabia Mountain High School Band, talent from Salem Middle and Flat Rock Elementary  and entertainment by R&B band, Gritz and Jelly Butter
, as well as tours of the 13,000-square-foot City Hall office space.

City officials had occupied temporary office space since July on the first floor of the Strayer University building while their new offices were built directly across from the temporary suite. The address for Stonecrest City Hall is 3120 Stonecrest Blvd.