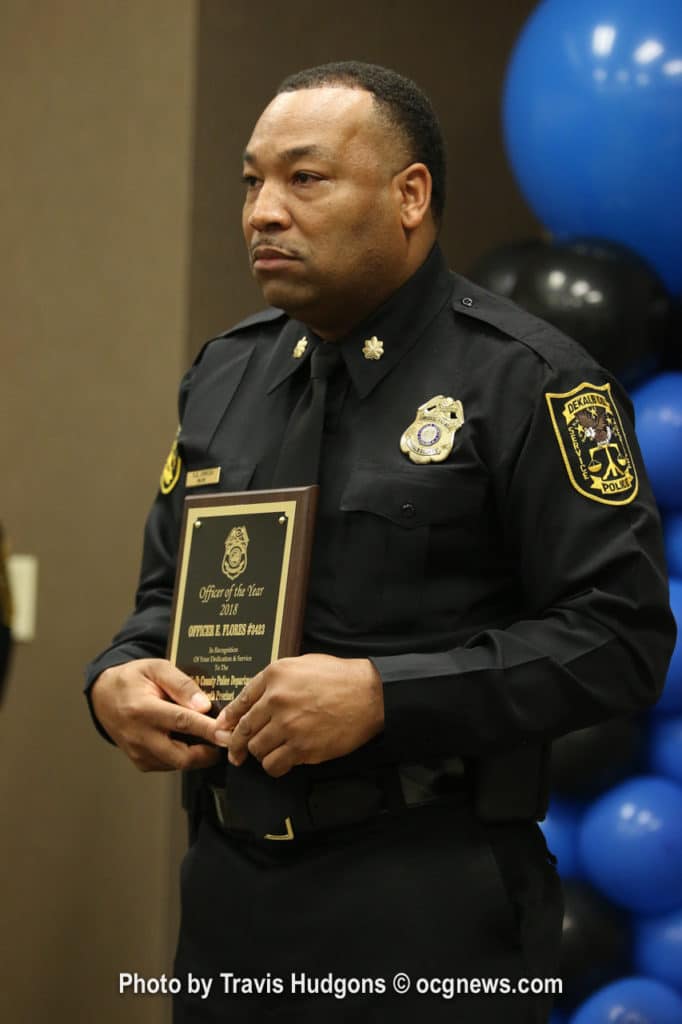 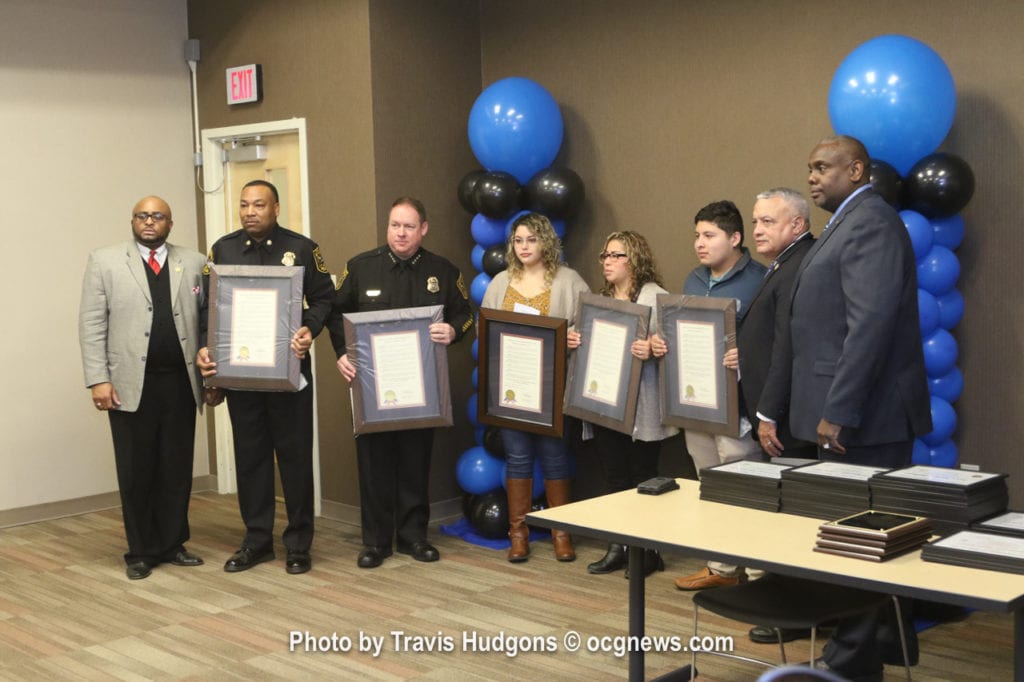 Congressman Hank Johnson was unable to attend the ceremony, but presented Flores with a U.S. Citizen of Distinction honor. Members of Flores’ family were present to accept the honor. 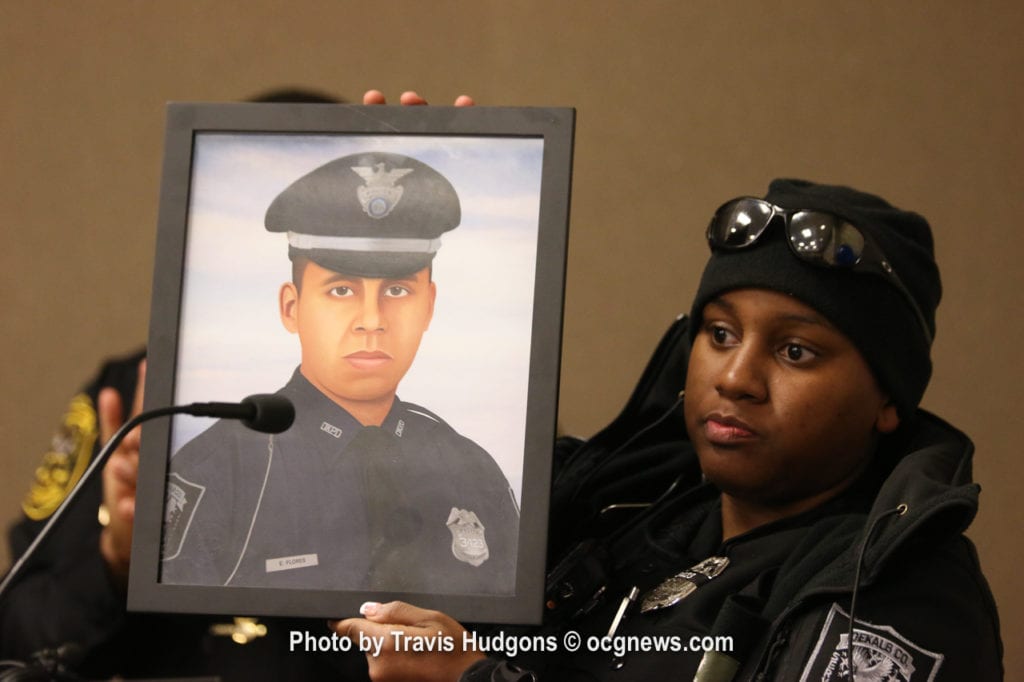 During the ceremony, night-watch Captain Bell shows a portrait of Flores that was done in his honor. 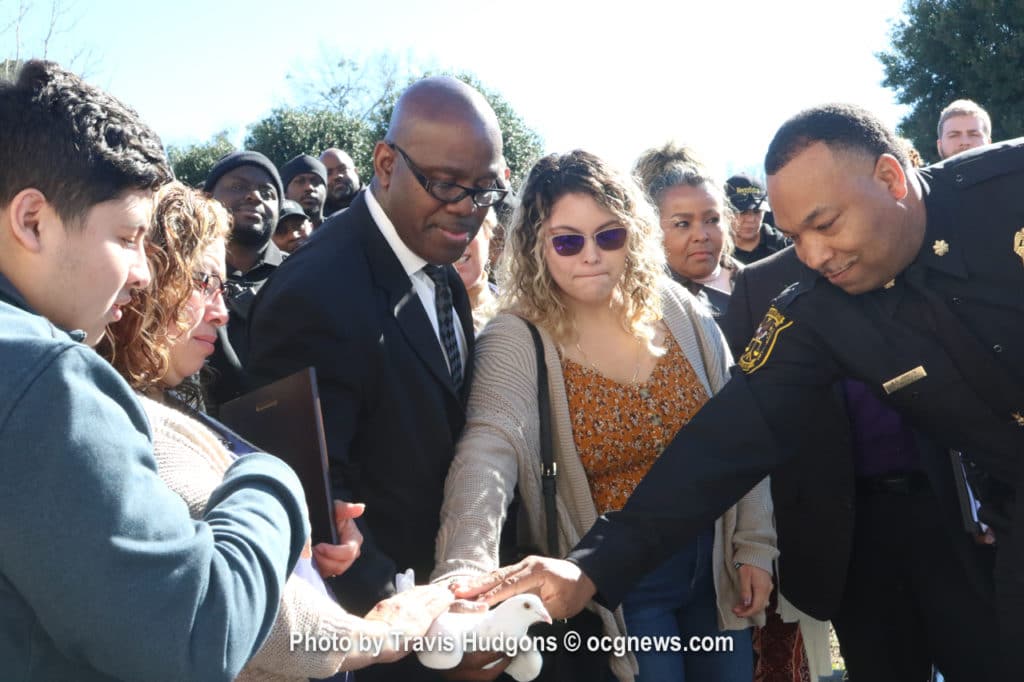