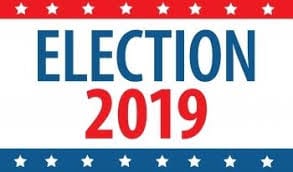 Proponents said the referendum was needed to change the makeup of the board to more fairly reflect the diversity of the community and replace the ethics director position with an administrative position, among other things. Their stance was bolstered by a Georgia Supreme Court ruling that the way the Ethics Board members are selected was unconstitutional.  Critics said, however, the referendum would have reduced some of the board’s powers.

DeKalb members of the General Assembly are expected to re-examine the issue during the 2020 Legislative Session and make revisions.