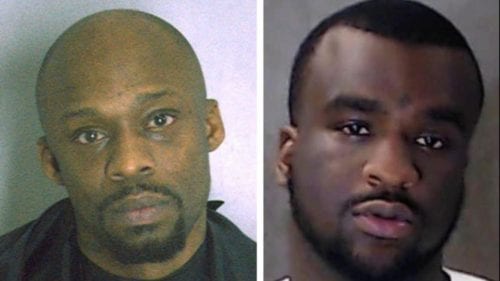 The DeKalb County Sheriff’s Office Fugitive Unit is asking for assistance from the public in locating twol murder suspects.

Investigators are looking for Demonta Lamar Anderson, 24, who may be armed and dangerous.  Anderson may be connected with a murder that occurred on Oct. 20 at an apartment complex on Flat Shoals Road in Decatur.

The DeKalb Sheriff’s Office is also asking for assistance from the public in locating Christopher Sellers, 41, who may be connected to a murder on April 20 on Glenfair Road in Decatur.

Anyone who has information regarding the whereabouts of either suspect is asked to contact the DeKalb County Sheriff’s Office Fugitive Unit by calling Crime Stoppers at 404-577-TIPS.  A reward may be possible if the information provided leads to an arrest.