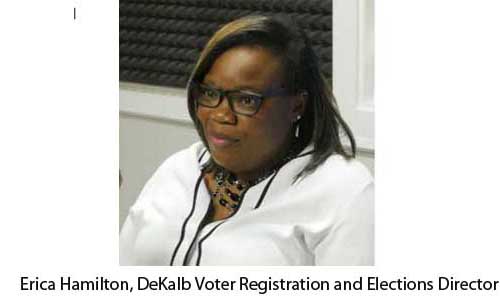 The DeKalb Board of Voter Registration and Elections approved changes to advance voting times for two upcoming elections.

The board voted to adjust all available advance voting times to begin at 8 a.m. and conclude at 4:30 p.m. to align the Georgia House District 90 runoff election and Clarkston City Council special election.

Advance voting for a special election to fill a seat on Clarkston’s City Council begins Feb. 22 through March 12 with the election scheduled for March 16.