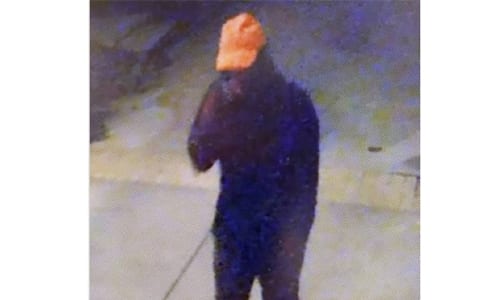 The DeKalb County Police Department is seeking the public’s help in identifying a man who forced his way into the fenced backyard of a home in the Lullwater Road area on Sept. 7. The man walked to the garage port and then left the residence. The incident occurred around 3:40 a.m., police said.

The man also is wanted for questioning in an automobile break-in that occurred on the same day, police said.

Police released a video of the suspect. The video shows a black male with slim build who was wearing a black hoodie, black pants, black shoes and a neon orange hat.

Anyone who comes into contact or knows the man is urged to call 911 or the DeKalb Police Department’s North-Central Investigations at 770-724-7780.