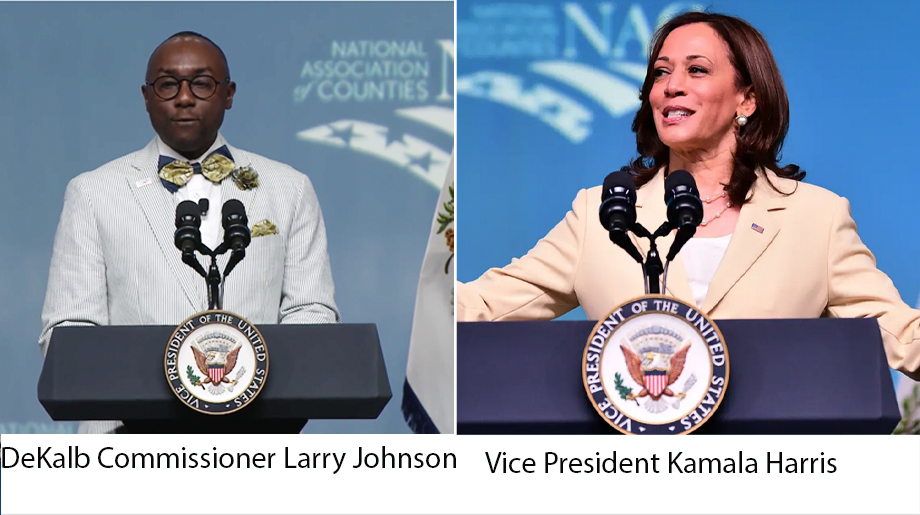 NACo’s 86th Annual Conference, July 9-12, is being held at the Gaylord Hotel, in Prince George’s County, just outside of the nation’s Capitol.

Johnson, who will be sworn in on July 12 during the conference as the incoming president of NACo, welcomed Vice President Harris as the featured speaker during today’s 1 p.m. general session of the conference.

“..We’re glad to have a partner who understands and knows at the local level what we go through each and every day,” said Johnson in his introduction of the nation’s 49th Vice President.

Johnson was elected 1st Vice President of NACo in July 2020. Active in NACo since 2005, Johnson has served in numerous leadership capacities within NACo. In 2017, he was appointed as the Chair of NACo’s Large Urban County Caucus, and in 2005, he chaired NACo’s Health Disparities Subcommittee.

HUD Secretary Marcia Fudge will address NACo members on Saturday, July 10 and Speaker of the House Nancy Pelosi will take the stage on Monday, July 12.