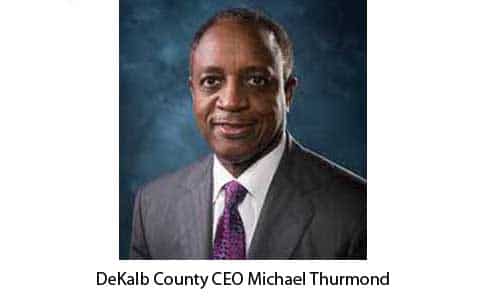 “This funding will allow us to proactively work to mitigate the growing crisis of homicides and violent crimes in metro Atlanta and holistically address the root causes and effects of crime throughout DeKalb County,” Thurmond said.

The proposed public safety and crime prevention and intervention strategy was presented to the Board of Commissioners for review and consideration.

Of the $73 million received from the American Rescue Plan, the county proposes to utilize $11.5 million for crime prevention and intervention strategies.

In the proposal, approximately $6.7 million would be allocated for a one-time Protect and Serve Retention Bonus of $3,000 to public safety employees, including police officers, firefighters, E-911 employees, medical examiner investigators, sheriff’s deputies, district attorney’s investigators, and state and juvenile court probation officers among others.

Additionally, the DeKalb County Public Safety Department would receive $2 million in funding for training, personnel, equipment and other crime intervention and disruption strategies.

The police department also plans to purchase a bus to be used as a mobile police precinct to provide high visibility, deterrence, and personal service to those communities in need.

The funding also would be used to hire three additional nurses through the DeKalb Community Service Board for the Mobile Crisis Unit, which responds to mental health crisis calls.

The courts and justice services would receive $3.2 million