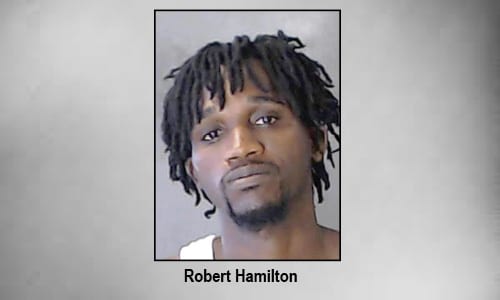 Robert Lee Hamilton, Jr., 30, of Scottdale has been arrested by the DeKalb County Sheriff’s Fugitive/SWAT Uni on murder charges in connection with the Aug. 27, 2017 shooting death of Walter Lee Cook at the Wesley Club Apartments in Decatur.

According to police reports, Cook, a resident at Wesley Club Apartments, was shot during a confrontation with Hamilton and died as a result of his injuries. Hamilton is charged with Felony Murder, Aggravated Assault, Possession of a Firearm during Commission of a Felony, and Possession of a Firearm by Convicted Felon. He was arrested on July 25 without incident at a Decatur residence and transported to the DeKalb County Jail.