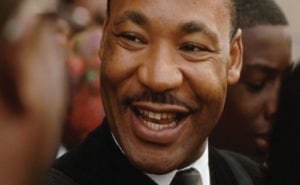 Work soon will begin on the Martin Luther King, Jr. statue that will stand on the Georgia Capitol grounds. State officials announced that Atlanta-based artist Martin Dawe will create the statue, which is expected to be unveiled in early 2017.

“While the passing of Andy Davis was a tragic loss to his family and community, his contributions to this project and to the legacy of Dr. King will live on,” said Deal. “I’m grateful to Rep. Smyre and the Georgia Arts Standards Commission Selection Committee for their tireless efforts in ensuring the creation of this long overdue memorial moves forward. Martin Dawe is a gifted artist who shares our vision for this fitting tribute. I look forward to dedicating this sculpture at a future Martin Luther King, Jr. memorial ceremony at the Capitol.”

Smyre, a Georgia Arts Standards Commission board member, worked with the commission’s selection committee, which included a representative from the King Estate, Georgia Arts Standards Commission Chairwoman Carrie Ashbee and Georgia Capitol Museum Registrar Karin Johnston. Smyre also acted as a liaison to the state and the King Estate throughout the selection process.

“Martin Dawe is a renowned sculptor and I am delighted that we are at this juncture after the tragic passing of Andy Davis. During the first selection process Andy Davis became my friend,” said Smyre. “His vision will live on through this historic process. We are now looking forward to working with Martin Dawe as the newly selected sculptor. I am hopeful that we will be participating in an unveiling in early 2017. Dr. Martin Luther King, Jr. inspired our nation with his dream of hope, peace, justice, and human rights. I am honored to have played a role in passing legislation signed by Gov. Deal, which authorized the placement of a Capitol grounds statue honoring Dr. King. As I have stated prior, it is now time for us as a state to make this a reality. Naming a new sculptor is a major step in in this historic project. I look forward to working with all stakeholders as we undertake the statue’s design, likeness and the private fundraising effort.” 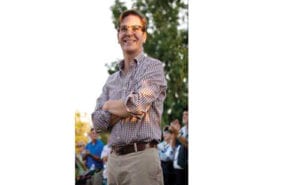 Dawe is a sculptor who works primarily as a commissioned artist in a variety of mediums. Dawe studied at Boston University School of Fine Arts and received a Bachelors of Fine Arts in Sculpture from Georgia State University. He apprenticed for eight years under Julian Harris, a distinguished sculptor, medalist and longtime Georgia Tech professor emeritus of architecture. Martin began his own custom sculpture studio in 1987 and incorporated as Cherrylion Studios in 1994. He leads a team of talented apprentices at his 6000-square-foot studio near downtown Atlanta. Here, Dawe blends state-of-the-art technology with a disciplined, classical approach. He is known for his ability to collaborate, stay within budget and meet deadlines. The studio has developed several mold making and casting processes, as well as relationships with many area foundries.