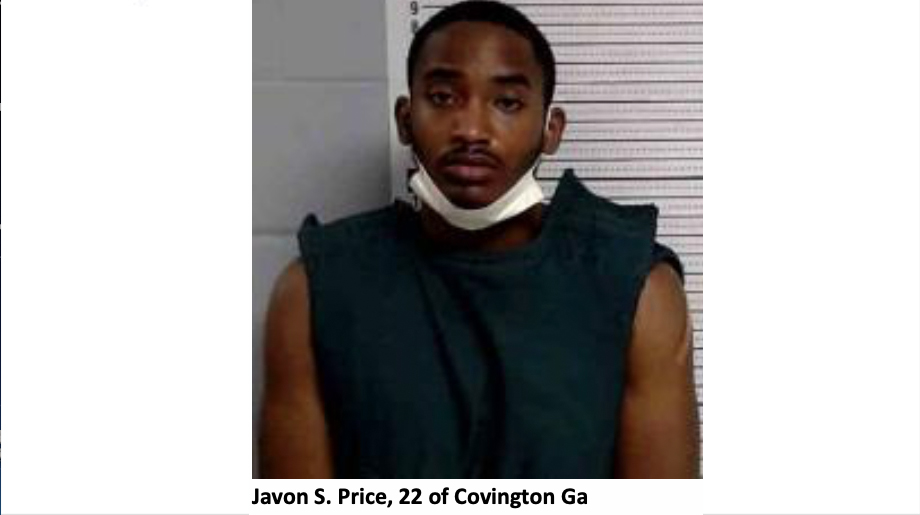 Rockdale County Sheriff’s investigators have arrested a 22-year-old Covington man in connection with the double murders—a woman and man whose bodies were found in a vehicle on a remote road in Conyers. Both of the 22-year-old victims were shot multiple times, authorities said.

Javon S. Price was charged with murder authorities and booked into the Rockdale County Jail on May 25.

Authorities said the drug-related shooting is still under investigation.

The victims were identified as Miykel Blackburn and Trevia Ways, both of Snellville. Their bodies were discovered in a gray Infinity near the 1400 block of Bruce Road in a remote area of Conyers.

A homeowner who lives on the remote road discovered the victims in a vehicle as he reportedly went to check his mailbox on May 20. Authorities responded to the scene at 1:40 p.m.

Authorities ask that anyone with information concerning the case to contact the Rockdale County Sheriff’s Office at 770-278-8059.