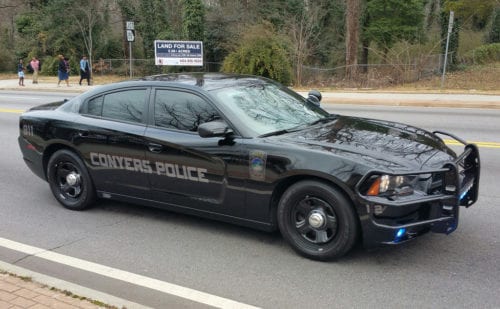 Conyers Police said the15-year-old student posted a violent rant on his social media page regarding one of his teachers as he was working on an end-of-the-year project while also studying for exams. The suspect threatened to kill the teacher via a violent sexual act if he did not make the grade, as well as blow up the school. He then planned on killing himself. This suspect did not show up at school on Dec. 17 and detectives were able to locate him in his parents’ custody, where they arrested him.

Police were made aware of the 14-year-old’s threat after a parent notified school personnel. With the assistance of the Federal Bureau of Investigation, Conyers Police were able to track down the source of the threats and ultimately locate the suspect. The suspect had warned classmates not to wear their headphones while at school or else they would be shot in the back. The suspect said that he had a list of both teachers and students he planned on shooting at school. The teen was taken to juvenile custody.

“We want to assure students and their parents that we do not take such threats lightly,” Conyers Police Chief Gene Wilson said. “Officers worked throughout the night to ensure the safety of our students and teachers as this semester draws to a close here before the holidays. Thank you to the FBI and Rockdale County school administrators for helping us maintain a safe environment for our students.”