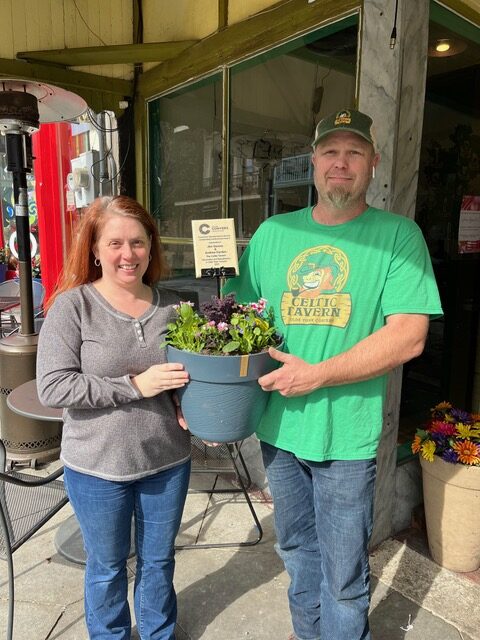 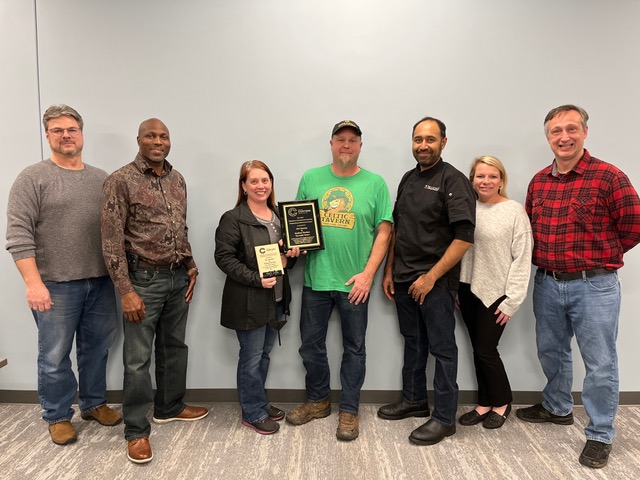 Capitalizing on his background as an independent contractor, Gomez made several improvements to the property including fresh paint, improved lighting, rebuilding and expanding bar seating, and renovating the kitchen with new equipment over a span of six months. The Gomez family is pleased with the response to the renovations from long-time customers as well as new patrons, including those of the television series “The Originals” who stop in to see the fictional Gillespie’s Pub that was featured in the series.

“The Conyers Downtown Development Authority Board appreciates the work and effort that Jim and Andrea have put into the mainstay in our downtown that is the Celtic Tavern,” said DDA Chairman Keish Momin. “Besides their work at the Celtic Tavern, Jim and Andrea own and operate Ice Days, the state’s longest-running ice rink at the Olde Town Conyers Pavilion, and Sweet Treat Depot next door to the Celtic, so their investments in Conyers are significant and most appreciated.”

This is the seventh year the DDA has presented the Outstanding Achievement Award to a business or individual in Olde Town Conyers that has taken great care and consideration with beautification or preservation and restoration of buildings in the historic district.

The Conyers Downtown Development Authority was created by city of Conyers to be a catalyst for revitalization, promotion, development and redevelopment in Olde Town Conyers. The Conyers DDA Board of Directors consists of Jacob Bailey, Al Chapar, Jr., George Levett, Jr., Renee Marrett, Keish Momin, Ashley Rustom and Brad Smith. The DDA meets the first Tuesday of each month at Conyers City Hall at 6 p.m. and the public is invited to attend.

Photo at top: The DDA presented the 2021 Outstanding Achievement Award at its Feb. 1 meeting to Andrea Darden and Jim Gomez of the Celtic Tavern. Photo provided by City of Conyers.