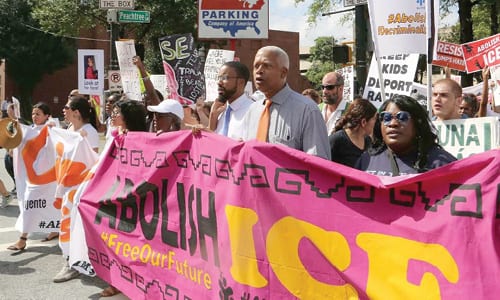 Johnson kicked off the rally at the Atlanta Detention Center. The demonstration was among hundreds of  “Families Belong Together” rallies that were held across the country on June 30. Marchers called for an end to the separation of children from their parents at the U.S. border.

Rallies were held in all 50 states after 2,000 children and parents at the southern border were televised and heard through audio tapes that surfaced about children crying as they were being held in cages in immigration centers away from their families. An outcry from Congress as