Since taking office on May 1, 2017, Mayor Jason Lary has led the efforts to put the new city of Stonecrest on the map.  He worked to secure a location for the first city hall, hosting a grand opening on Nov. 11, 2017. Staff members moved from a temporary office in Tucker and city meetings were moved from the Stonecrest Library to the city’s beautiful new offices located at 3120 Stonecrest Blvd.

Shortly after securing a city hall, Mayor Lary made good on his promise to get a Stonecrest mailing address for its residents.  In May 2018, the U.S. Postal Service added Stonecrest, GA to its list of acceptable city and state designations.

This month, the city reached yet another milestone: Crews began installing  “Stonecrest City Limit” signs on its thoroughfares.

In addition to defining what the city looks like, Mayor Lary has worked tirelessly toward implementing the city’s Economic Development Department.  He began efforts to lure major corporations such as Amazon, a company set to open a second, multi-billion-dollar headquarters.  He  crafted an idea to develop a corporate brand for Amazon by eponymously naming the 345 acres to be occupied by the retail giant.  The mayor’s efforts will continue as he targets companies like Apple, Micro Center, and Costco.

Today, Mayor Lary is working with the newly-formed Stonecrest Development Authority with the intent of offering incentives that will boost the city’s economic development.  He has appointed steering committee members to protect the Arabia Mountain National Heritage Area,  created the City of Innovation and Excellence to foster a seamless relationship between constituents, staff, and council members, and named an education committee to foster the long-term goals of the city’s core values: Community, Commerce, and Culture working together as a world-class city. 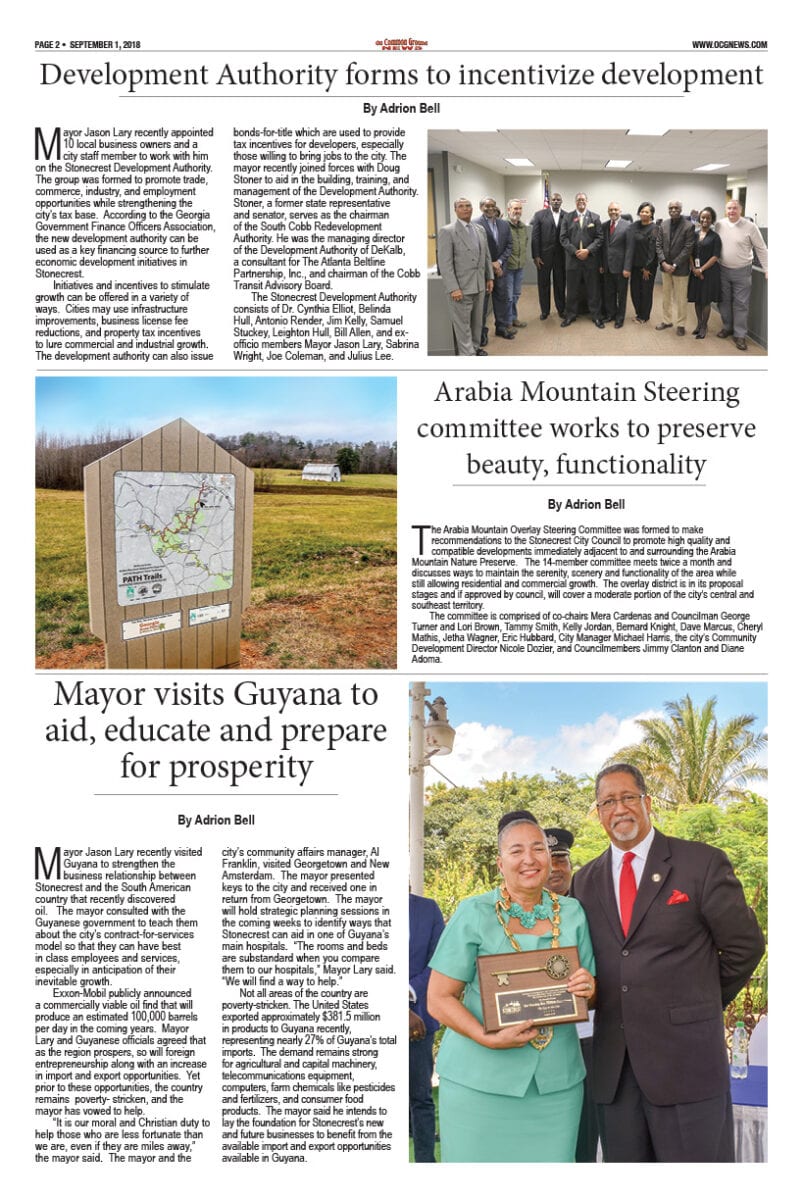 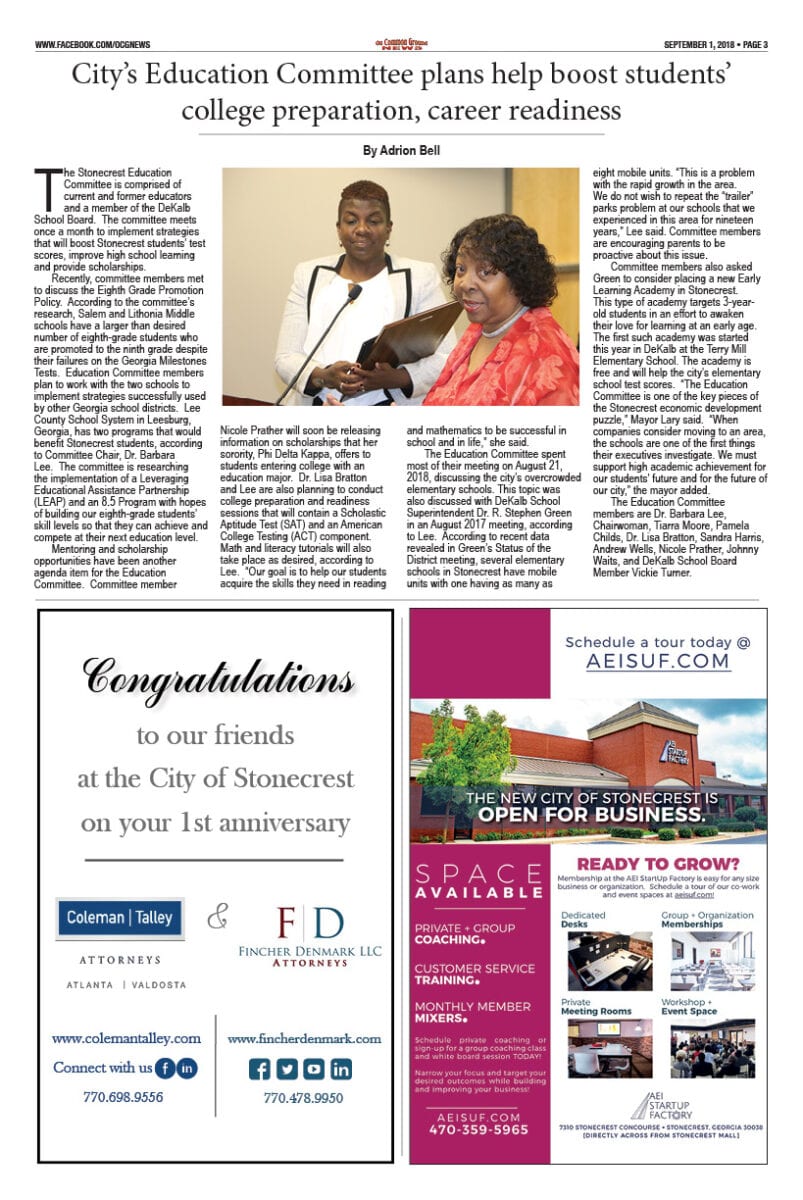 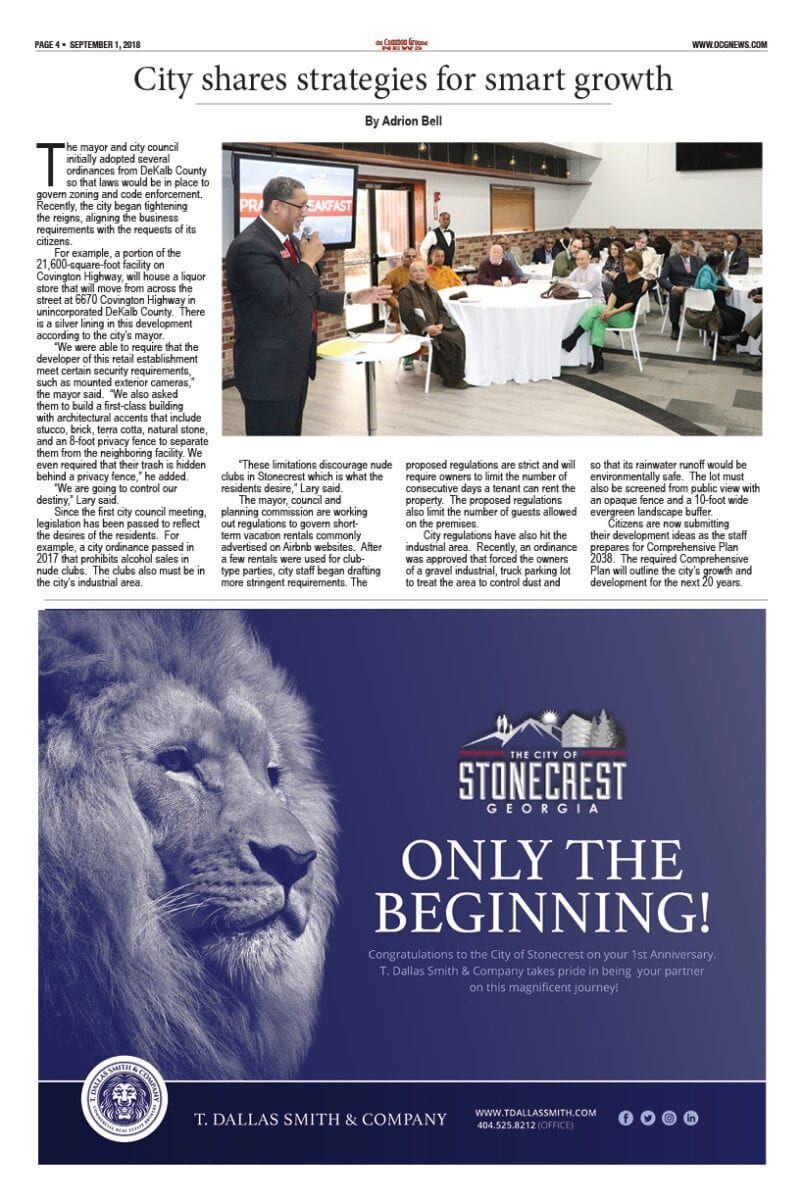