Bill dies: Rockdale’s BOC will not expand to five seats 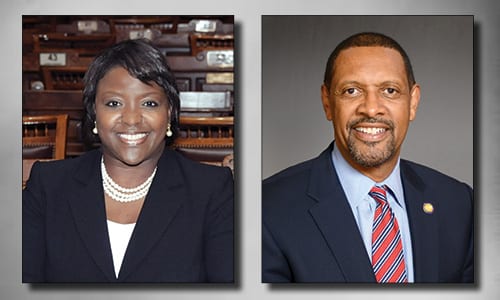 Rockdale County’s three-member Board of Commissioners (BOC) will not expand to five members—at least not immediately. Senate Bill 264, sponsored by former Sen. Rick Jeffares, died in the House of Representatives before a final vote on March 29, the last day of the Legislative Session. As a result, there will be no voter referendum when the general election is held in November.

Jeffares, a Republican who resigned as senator to run for lieutenant governor, introduced the bill in 2017 as a general bill, which would have avoided local delegation scrutiny. Republican Brian Strickland, who was elected in a special election on Jan. 9, 2018 to fill Jeffares’ seat, carried the bill during this year’s Legislative Session but worked to revise the bill to require a voter referendum.

“I’m disappointed that Sen. Tonya Anderson who represents District 43 would ignore the will of the people in an attempt to throw out the current Rockdale charter in order to curry favors from Republicans,” said Jones. “I’m also disappointed that she would ignore the voters of Rockdale County in her attempt to allow the outgoing governor to appoint a new state court judge, instead of the people electing a judge of their choice.

“It is sad that during the 50th anniversary of Dr. MLK’s assassination that we still have agent provocateurs carrying other folks’ water in the middle of the night.”

Anderson said Jones’ blame concerning the proposed bill to expand the BOC from three seats to five is misplaced.

“I’m not sure what he means because what I actually did is agreed to make the bill a referendum. By making it a referendum, it allows the voters to decide if they wanted three seats or five.  It could have gone through as a general bill and they wouldn’t have had that opportunity to decide,” said Anderson.

Anderson said she had no control over the amendment Strickland made to the state court judgeship bill.

She said she vote Jones’  bill to give voters the power to elect  a judge of their choosing rather than the governor making the appointment.