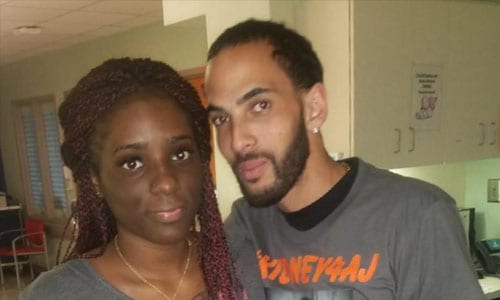 The parents of 2-year-old AJ Burgess took their son home on Nov. 8 after the toddler was released from Egleston’s Children’s Hospital, where he was treated for a potentially deadly infection and pneumonia, attorneys for the family said.

AJ will be home recovering with his family in preparation for a transplant surgery to receive his father’s kidney, said Attorney Mawuli Davis of the Davis Bozeman Law Firm in DeKalb County.

AJ was born without kidneys. His father, Anthony Dickerson, volunteered to give him a kidney but the transplant initially was denied by Emory Healthcare because Dickerson violated his parole. After mounting pressure and protests from the public, however, Emory reversed its decision and is now working with the family to provide the transplant.

“The family is encouraged by the strength and resilience of this amazing child. Baby AJ has battled and won his recent bouts only to continue to fight to be ready to receive his kidney from his father,” said Davis. “We are working with Emory to expeditiously have Baby AJ’s father medically cleared to donate his kidney when Baby AJ is healthy enough for the transplant surgery. The family thanks the community for the overwhelming love and support and ask for their continued prayers through this difficult ordeal.”

Dickerson must complete a series of tests before a transplant date can be set. The family is hopeful that the transplant will be performed by January, Davis said.