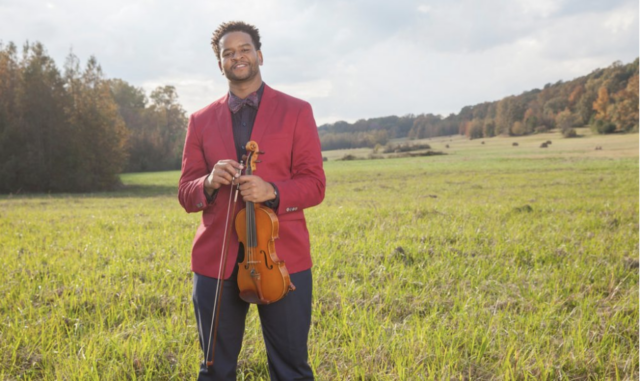 Educator and entrepreneur Christopher Mosley, TDP class of 2003, will host this year’s event. Mosley founded a musical production company, MPA Productions, focused on increasing the visibility of minority string players in and around metro Atlanta’s public schools. As an educator, he has taught at every level from kindergarten to college, serving as a faculty member at The Waldorf School of Atlanta, Tri-Cities and North Springs high schools, Charles Drew Charter School, and currently at The University of West Georgia.

Tara Byrdsong, TDP class of 2002, will be this year’s featured alumna and will perform William Grant Still’s Songs for Flute. Tara holds a Master of Music in flute performance from the University of Missouri-Kansas City and a Bachelor of Music from Converse College in Spartanburg, S.C. Tara is also an alumna of the Atlanta Symphony Youth Orchestra and the Atlanta Youth Wind Symphony. She has performed as a solo flutist and ensemble artist throughout the United States, Prague, Vienna and England. She is currently Band Director at Martin Luther King Middle School.

About the Talent Development Program
Since its inception 28 years ago, the TDP has served talented young musicians, and the entire field of classical music, by providing the highest level of musical training to hundreds of African American and Latinx students. Nearly 100 fellows have graduated from the program and gone on to attend top music schools, including The Juilliard School, Curtis Institute of Music, Manhattan School of Music, the Peabody Institute and more. This strong educational foundation has led many to careers in orchestras, teaching and performance. More