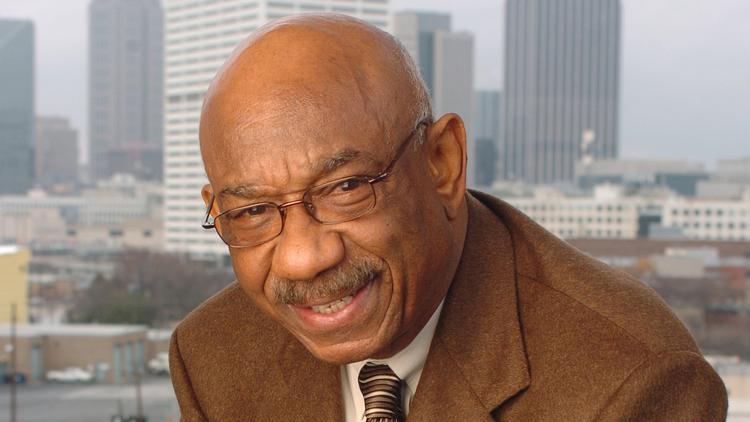 The renaming of Brown Middle School pays homage and tribute to Herman J. Russell, an Atlanta native who became a well-known real estate and construction businessman and philanthropist. Brown was a secessionist Georgia governor who opposed the abolition of slavery.

Born and raised in the Summerhill community, Herman Jerome “H.J.” Russell diligently displayed his entrepreneurial spirit at a young age. At just 16, Russell purchased a vacant lot from the city of Atlanta with money he had saved, using it to build his first rental property. This spirit of entrepreneurship continued, all while Russell completed a degree in building construction from Tuskegee Institute (now known as Tuskegee University). In 1952, Russell and his brother, Rogers, founded the business that would become known as H.J. Russell & Co.

After completing his studies and returning home, Russell became deeply embedded in the growth and development of Atlanta through civic engagement. Russell served his way to success through involvement and leadership in the Civil Rights Movement, and philanthropy became an integral part of his activism. He went on to break and eliminate barriers and create opportunities for African Americans to succeed. Through his many philanthropic and civic contributions, Russell strengthened communities by creating jobs, developing housing, and fostering cooperation among Atlanta’s business, civic and religious leaders.

Russell’s legacy is cemented in the city of Atlanta and Castleberry Hill, a vibrant community in the West End that bears a grand mural honoring his works. A unique urban community, the West End brings together the perfect mix of the conveniences of intown living with Southern hospitality, old-fashioned neighborliness, and a strong historic identity. The renaming of the school is in direct alignment to the culture and direction of both Atlanta Public Schools’ and the historic West End’s initiatives for equity, growth and progression.